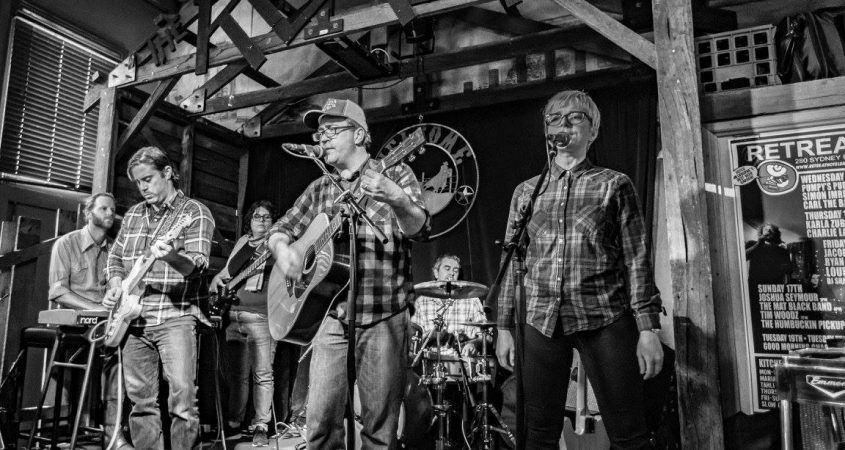 Mat Black has been on a journey in search of his best musical fit. Having played in both alt-rock and acoustic roots bands, he has switched to alt-country and launched his debut record.

These City Lights steps slowly to the ghostly moan of the lap steel. Black’s songwriting skills are well displayed in such emotional-visual projections as, ‘Here I am, this cardboard cutout of a man, searching for a man-shaped hole in this cardboard life’. ‘

Three Holes, a story of a hanging, is a standout, with its well-spaced banjo plucks, spookily echoed vocals, and call and response elements.

(Too Old to Be) The Wandering Kind wears the cloak of an old-style blues-rock ballad, that is smoothed by brass and boosted by female backing vocals in the chorus, with some mellow trumpet in the bridge.

There is a full-bodied feel to the spaced, deep tones of Pockets Full of Dust, which relates to Black’s previous fondness for the bottle.

His voice comes echoing out of a deep well at the intro to Railman’s Son, with a baritone guitar giving the track a real old-style western atmosphere.

Black sounds at his best in the blues rocker Lost, his rich vocals scorched by lonesome guitar licks.

The mood lifts dramatically with the fast and frivolous rockabilly swinger Big Leg Woman, before the album wraps up with Same Old Song with its trilling Hammond organ accompaniment.

Part internal reflection, part storyteller, the album has a pensive mood. While the sentiments often have a rural vibe, Black keeps the music varied with lots of rock-blues elements, including some great electric guitar work from his backing band.