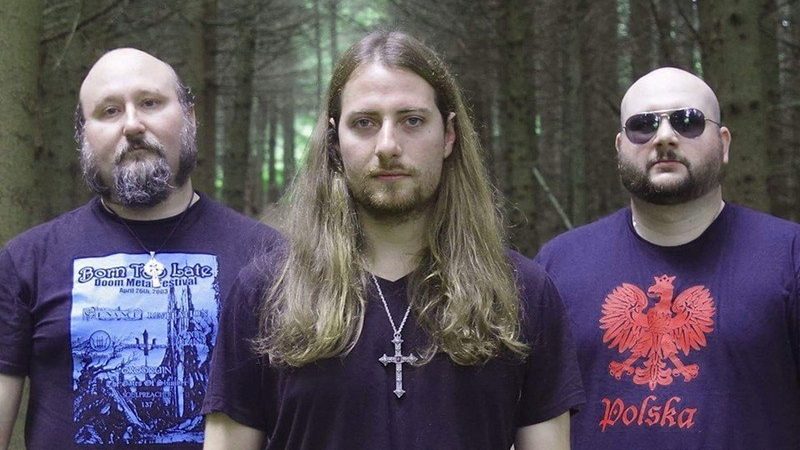 Doom metal is not immune to uncompromising fans that form a clique and decide if a band is “true” to the genre they’re involved with.

Black metal, death metal etc etc etc. Doom metal’s version of this popped up a bit over ten years ago online as the “Circle of True Doom” or CTOD, which seemed to be somewhat led by Rich Walker of British doom bands Solstice, Pagan Altar, and crust grind legends Sore Throat.

Like all scene police, CTOD had some basic rules, such as: clean vocals (because death growls were “slow death metal” and thus not “true”); Sabbath must be a prevalent influence; it can’t have keyboards (someone forgot to tell COTD about Changes et al) and a few other stringent things that would deem a band and their work doom or not.

There were several bands that made the cut, but one of the favourites that were very much COTD approved was Rochester New Yorker Orodruin and their 2003 debut Epicurean Mass. All the tenets passed and they were lauded as COTD folks eagerly awaited their follow up record.

Props to Orodruin for doing things doomy and slow; they’ve only just put out their second album after 16 years and they won’t be giving up any of their COTD privileges with Ruins of Eternity. After a long ten years of Electric Wizard clones saturating the genre with super heavy fuzzed out tones, Orodruin’s return is a welcome breath of fresh air to the genre.

The guitar production here is an almost clean tone, yet still satisfying and thick. Also welcome is the band’s turn to more NWOBHM inspired melodies and, despite being a three piece, put forth a cool twin guitar attack that reminds me of another COTD approved American band, Argus, with some of their harmony choices.

Bassist Mike Puleo puts forth a super strong clean vocal performance throughout, that is – at all times – favouring melody and dynamics over aggression or anger in order to get the point across.

The Sabbath is still never too far from the slower riffs or NWOBHM gallops; the solo toward the end of Letter of Life’s Regret a prime example of Iommic worship.

The productions cleanliness certainly won’t have anyone accusing the band of playing slow death metal, but at times, like on some of the galloping riffs on War of the World, at first it felt like I could have done with a bit more gain on the guitars. Then after few listens it reminded me of a stronger grouping of songs with a production like more recent Pagan Altar albums. But ultimately I did crave a bit more mongrel in the guitar sound.

Production gripes aside, no such criticism can be attributed to the song writing. I guess with 16 years they would want to have a strong batch of material, and the nine songs here are all killer arrangements and only one goes over the five-minute mark, and it’s the album closer. This lends some focus to the record, reducing some of the slower sections that risk straying into being meandering or dull.

It’s a superb listen for all fans of traditional doom metal, even the most discerning. There’s some great upbeat NWOBHM moments with the harmonies making you think of a doomy Iron Maiden at places, especially on the harmony solo on Into the Light of the Sun bringing back the first couple of Maiden albums in vibe.

Great riffs (Voice In The Dark is totally killer), fantastic vocals; the only thing we can ask of Orodruin is not to make us wait until 2035 for album three and maybe for guitarist Nicholas Tydelski to sneak an OCD pedal onto his pedal board for next time.