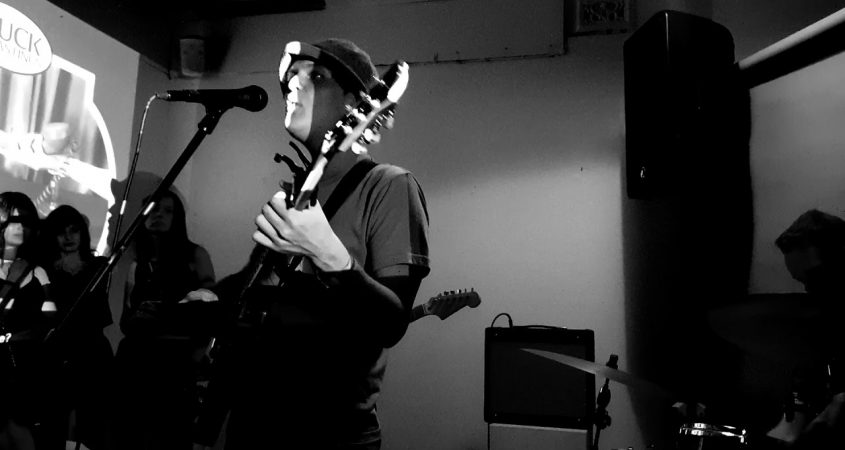 Sydney outfit Huck Hastings, aka Harrie, has been putting material up online for a few years, fine-tuning his brand of quirky lo-fi folk-pop. Hey Babe? is a good indicator of his overall style. Not your run of the mill gut- spilling, post-relationship ditty, but one laced with a disaffected strangeness and offbeat humour, underpinned by an infectious, albeit circumscribed melody.

The sound is raw and Harrie’s voice offers up morsels of vulnerability along with resignation and cloaked denigration. It’s the sincere romantic trying to get to the bottom of a thwarted love using a self-deprecating approach whose power lies in its mellow nature.

The lyric can surprise with unexpected jabs, such as, ‘I thought you thought that I was cancer’, as well as being endearing, soliciting the listener (and hopefully the muse behind this song) with lines such as, ‘I loved you so much but love can be hard to bear’. Indeed.

This is the experience of that suffering laid out, with Harrie’s boyishly sombre vocals providing a fitting accompaniment to the anguish. The song rests on the lyric and the candour with which it is performed, and this works to keep the audience hooked.

The song is divided into two melodic sections, repeated throughout, providing the bed upon which the observations and lovelorn narration can continue to probe the obstructed dreams of a jilted lover. It’s raw and powerful because of this; quite affecting in the end, when one realises that not only is the narrator attempting to make sense of a dire amative situation, but that it isn’t any kind of reconciliation they were hinting at after all (though of course, the song can be viewed as a substantial attempt at that). It’s an attempt at closure.

It will be interesting to see how Hey Babe? fares in this Ed Sheeran heart-on-the-sleeve era, as Huck Hastings does an admirable job of providing a gutsier and charmingly unprocessed version of that style.