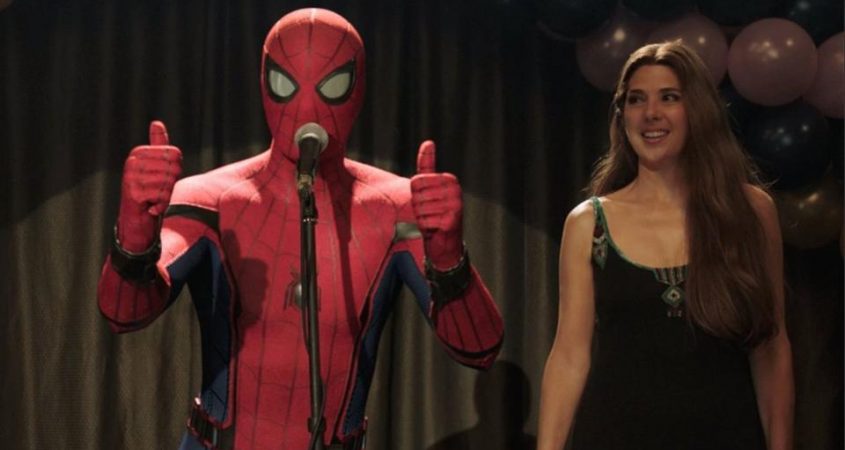 About to receive a well-earned break from his superhero duties as Spider-Man, a break consisting of a school excursion to Paris, and to work up to declaring to MJ (Zendaya in this incarnation) his feelings for her, Peter Parker (in this screenplay, Tom Holland) is inundated with attempted phone calls from SHIELD’s head, Nick Fury (Samuel L. Jackson).

Parker, determined not to let superhero duties get in the way of some down time, refuses Fury’s calls, until eventually Fury confronts him in person, revealing not only the latest dire threat to the planet — titanic “elementals” — but also a remarkable bequest by Tony Stark, Iron Man.

Parker has no choice but to accept the bequest, but continues to resist the call to action; Fury is equally persistent in rearranging the school excursion to put Parker in the right place at the right time to make a difference by at least assisting the newest entrant in the superhero pantheon, Mysterio (Jake Gyllenhal), to overcome the first and the second of the elementals.

Of course, Peter Parker wouldn’t be Spider-Man if he lacked the gumption to respond heroically to the threats before him, so he does what he must. And MJ, who has seemed to Peter as standoffish to him as she is to everybody else, is surprisingly concerned and helpful.

Naturally, appearances are deceiving, and Spider-Man has a tough time in surviving the deceptions, let alone in uncovering them. Whether good triumphs in the end, I’ll offer no hint of, except to say that the film contains unpleasant surprises for those who’ve missed the last couple of instalments in the Marvel Cinematic Universe; you may wish to bring tissues and wreaths.

But the film is a lot of fun. Over all, it has more in common with the big Avengers blockbusters than with the earlier Spider-Man productions, the dialogue containing some nice lines and the characters being larger than life. The leads make the most of a great script, the plot leaps from surprise to surprise, and the computer-generated imagery is brilliant.

See it while it’s still in your timeline.