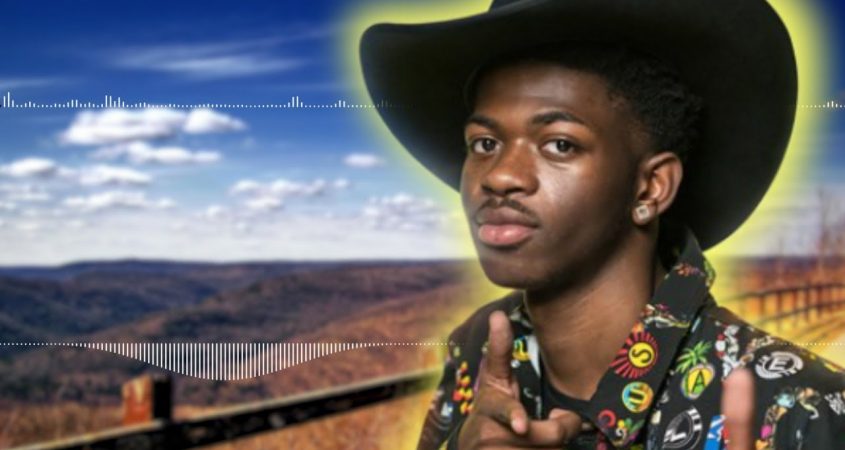 OK, let’s break this down…

So this is country music?

HOTLANTA fusion. 808 hi-hats, deep kicks, crisp snares, but most of all with rhymes over the top.

Well, Atlanta… Dirty South, that type of thing. And, to be honest, no-one from Atlanta calls it it Hotlanta. Most use Atlanta.

Right. So what does country music and trap have to do with each other?

Well, just like peanut butter and jelly, they are finally together BUT IN MUSICAL FORM. No longer do we have to think, “What do I listen to, some Hank Williams or some Rick Ross?” WE CAN DO BOTH.

But country rap has been around for a while?

But you’d notice that a lot of it – not all of it – is done by average white dudes. Bro-country music is, and I know this is said about a lot of things, but it is the absolute worst.

THE WORST THING IN THE WORLD. THE WORST.

So usually when these things come about, there’s some type of controversy or reason this column looks at them.

So what’s the deal with country trap?

Well, it might be the most popular genre in the world right now, thanks to one kid, and some parts of the country music establishment DON’T LIKE IT AT ALL NO SIREE.

OK, back up. Most popular genre?

Well, microgenre or subgenre. Don’t go after me for specificity. But Old Town Road is everywhere.

Old Town Road? I am guessing from the use of italics it’s the name of a song?

Well, and I swear I am not exaggerating here, but Old Town Road has been on top of pretty much every music chart in the world for eleventy billion weeks. You know how long eleventy billion weeks is? IT’S A LONG DAMN TIME. And all your favourite peripheral music celebrities are getting involved – old country dude Billy Ray Cyrus, celebrity DJ and music tourist Diplo, super-sexualised rapper Cupcakke – everyone is trying to grab a piece.

So who did the track in the first place?

Lil Nas X, a previously “relatively” unknown soundcloud rapper from the ATL suburbs. With a bought beat from a Dutch producer that utilised a Nine Inch Nails instrumental, Lil Nas X rapped about horses, roads – you know, country stuff – over the top.

Wait, you mean Trent Reznor is at the ground floor of the country trap revolution?

Look, I think he is a pioneer of the country trap subgenre now. I think it would be remiss if any biography of NIN/Reznor didn’t include his work in country trap extremely prominently – in line with his work with popularising industrial music.

Anyway, back to Old Town Road…

Yeah. The song was popularised largely through the emergence of TikTok (that’s a call back to last issue), enough that it started to break through to mainstream radio play. That’s when an inadvertent decision from music gatekeepers pushed the popularity of the tune to the next level.

Well, the people behind the Billboard charts – the US version of the ARIA charts – made the call that the song about riding horses down the old town road with a cowboy hat (from Gucci) is not a country song.

Billboard told Rolling Stone that while the song, “incorporates references to country and cowboy imagery, it does not embrace enough elements of today’s country music to chart in its current version.” It is worth noting that Old Town Road is a fair way from Dolly Parton (who, to my knowledge, has never used production from Trent Reznor). It is also worth noting that Lil Nas X is something relatively uncommon in country music: a young African American man, which is a little different from most previously popular country rap.

Is race a big issue in country music?

In Australia, the answer is probably no. There’s a long and fine history of popular and widely embraced country music from indigenous musicians – from Jimmy Little to Troy Casser-Daly and a host of others.

But in the US, progress is much slower, and the linking of the genre and culture to imagery of the Confederacy is a pretty big sign that acceptance hasn’t decisively happened. In recent years there has been some success from African American country musicians, but it seems everything hasn’t been seamless.

So what happened to Old Town Road next?

Well, in wake of the de-classification of the song, Billy Ray Cyrus decided to jump in. I am imagining he stood up and shouted “THIS IS A JOB FOR BILLY RAY CYRUS!” when he found out, and I don’t care to find out otherwise. Anyway, after Lil Nas X tweeted that he’d like Cyrus on the song, Billy Ray did a verse, making it his most recent single since Achy Breaky Heart 25 two years ago.

Still milking that sucker then…

It’s the Billy Ray Cyrus version that is the most recognisable. And, while Old Town Road isn’t a great song or anything, at least it is a whole lot better than Achy Breaky Heart. And at least it didn’t popularise line dancing. So I guess this is his legacy now – featuring on a remix of a country trap song with a beat taken from Nine Inch Nails.

The only predictable path for popular culture TBH.

Support Cody Atkinson on Patreon!
11% complete
When we reach $500 per month we will begin the official BMA Podcast. This will include interviews with some well-known musicians and artists, tips and tricks for publishing in print and online, as well as other discussion topics around Bands, Music and Arts in Canberra!