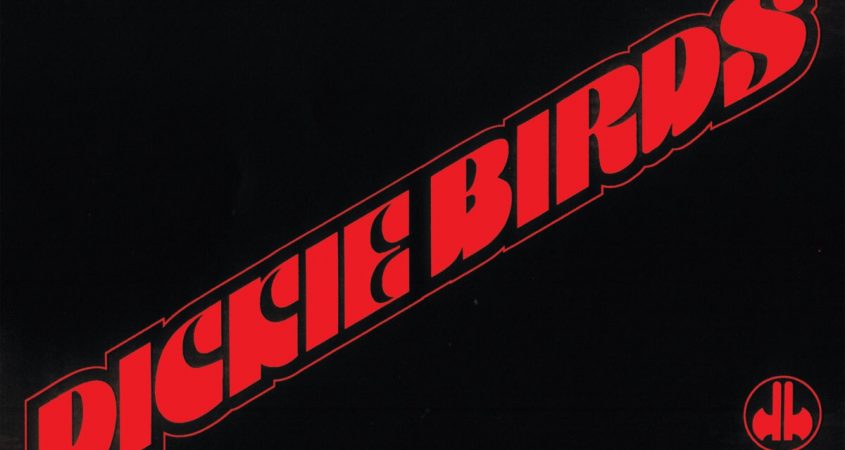 Local bands with a pedigree as long as the Dickie Birds that could take up more room than the review of the album, are rare. Suffice to say you have some seasoned operators at the helm of this slab of punk oz rock that somehow simultaneously (Simontaneously?) evokes 1977 London, ’90s California, and Aussie pub rock from Radio Birdman forward.

Simon Murphy (guitar and vocals), Sam Provost (bass and vocals) and Julian Ingall (drums) have put together 12 songs in 28 minutes that can barely contain itself.

The production is crisp and clear thanks to Goatsound’s Jason PC keeping the essence of the three-piece pure, and the songs are better for it.

Guitars are loud and aggressive, but not heavily distorted; more a tone that makes me think of a punker version of AC/DC. It almost strays to garagey territory, but frankly they play a bit too well and construct their songs a bit too cleverly to wear that label. The spirit is primitive but the delivery is finely honed, and it’s a good blend.

As a punk oz rock record, that means the accents are Australian without delving into Poison City Records territory, and they’re not really rallying against society but rather documenting life in it with their tongues securely planted in their cheeks, celebrating the mundane and making it sound like a bit of a party. Mad As a Cut Snake a good example.

So to quote Shane Slats of King Parrot, the album kicks off and Dickie Birds aren’t here to fuck spiders.

No Control make me want to use words like “unhinged” and “raucous”; Devotee gives me a more American ’90s punk vibe with its signature riff; Not Around is almost too hilarious not to laugh out loud at with its exploration of relationship cryonics.

High Hopes might be my favourite, with a chorus one can only describe as “rousing”.

The album barely puts a foot wrong, with the only thing that was kinda weird being the Interlude at track nine which would have comfortably fit with the rest on offer here with some lyrics. But this is not a slight.

Bangers like Falling Behind, Give It Up and the closer Make It Stick keep the momentum up, there’s nothing not to like about this.

If you’re a fan of punk rock, proper ’70s oz rock, or only fuck with punk from playing Tony Hawk 2 as a kid, you are going to have a great time with the Dickie Birds.