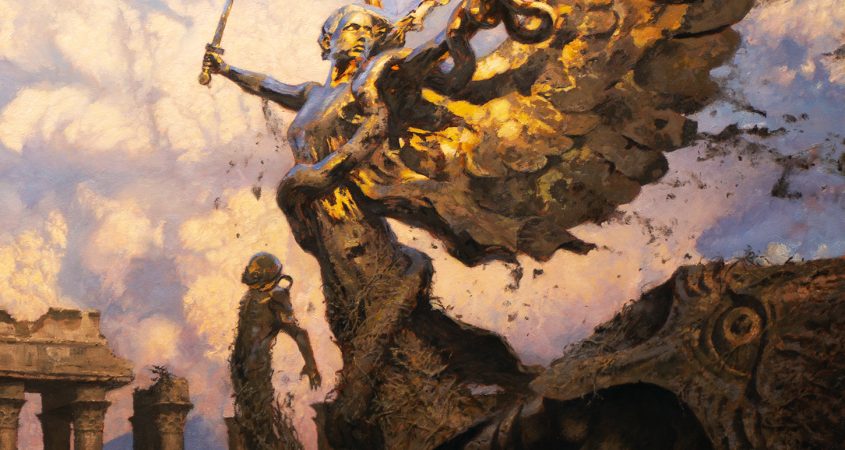 At time of writing, this album is the current number 1 in Beastwars’ native New Zealand.

It won’t last at the position, but the statement has been made and what a great statement, what a moment of triumph for the circumstances surrounding this remarkable piece of art from the Kiwi riff lords.

The band were basically defunct. Relationships frayed, songwriter Nathan Hickey living in England, and an assumption that the band was over, singer Matt Hyde had presented himself to hospital on several occasions knowing in himself that something was wrong following bouts of flu that had stopped him in his tracks for three weeks, as well as general feelings of ill health.

Hyde described that a diagnosis of Non-Hodgkins Lymphoma as almost a strange relief in that he at least knew the feelings of ill health had a source.

Matt took to the fight with the support of his family and 10-year-old daughter. Upon finding out of his diagnosis, the band rallied behind him and for the first time since 2016 thinking the band was done, suddenly there was a new album on the horizon.

Working through the vocals on the record off the back of either chemotherapy or shortly after completing it, brings a depth of emotion and desperation that is quite incredible.

Personally, the band have always been a more ferocious presence onstage than on wax. Hyde is a consummate front man, and the songs are on the surface quite simple. Seeing them in the early half of this decade slapped my face into recognising their power.

On IV, knowing the story behind its creation only furthers the impact. As a record it stands on its own without the above lending it a more sympathetic ear, intentionally or not. Hearing Storms of Mars and Hyde exalt ‘LET ME LIVE’ is a remarkable vocal performance in and of itself.

When you find out it was delivered initially as what was thought to be a practice take – until engineer James Goldsmith realised what was being delivered by a man who still had the poisonous cocktail of chemo drugs in his system – is nothing short of stunning. “LET ME SEE MY CHILD GROW” carrying the gravitational pull of a planet in this one take wonder.

The rest of the eight songs on offer may not quite capture the raw power of this moment, but they’re not far off. Sludgy, tectonic forces sit behind the riffs, and perhaps none are better than the ones around 3:50 into Omens off the back of the bridge. Just killer.

Australia had a fleeting visit in the past weeks from the band. I hope we get another chance to witness them later this year because this is quality work delivered from the depths of darkness into the light of triumph.