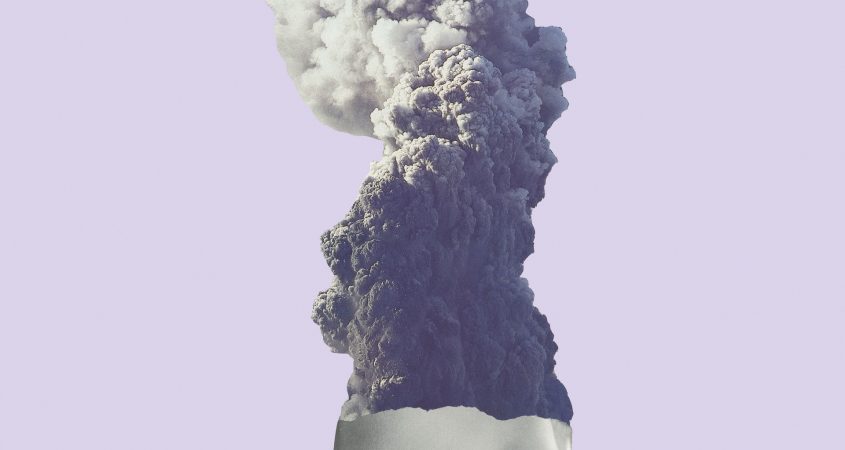 In the four years since Torche released their Restarter, the Florida quartet and its founding member Steve Brooks have been uncharacteristically quiet.

Restarter came out on the heels of Brooks’ sublime return to his first major band Floor and their rip snorting Oblation album. That record was way up on my best of 2014 and featured a lot of the curious blend of Brooks’ herbs and spices that has earmarked both bands careers.

That blend is curious in that Brooks has openly rejected the “heavy metal” label, despite the band’s second album Meanderthal topping vaunted modern metal magazine Decibel’s 2008 40 Most Extreme album poll.

For the uninitiated, Brooks handles guitar and vocal duties. I can’t say that I can think of a vocal where he has shouted or delivered his lyrics in anything approaching an aggressive tone. The band have always had a central core of songs built around strong melodic ideas and, til this point, you’d question any metal factor whatsoever.

So, if you are new to Torche, let me lay the foundation by suggesting your first dalliance is to chuck on the first song from their first eponymous album, Charge of the Brown Recluse. I mean, perfectly titled song. It’s top 5 brownest note on a non-drone doom song ever. It also demonstrates from the get go Brooks’ talent for marrying absolutely crushing heavy riffs and guitar tones with soaring melody.

That record was released in 2005 and 14 years later I’m pleased to say that Brooks, joined by Jonathan Nunez, Eric Hernandez, and fellow founding member drummer Rick Smith, have done nothing but distil and perfect the crushing heavy and melody recipe into a sound that is signature to the band.

Admission was leaked out painfully slowly over months to build anticipation. Their second release on the Relapse label has been masterfully engineered and produced by guitarist Jonathan Nunez at Cabana East Studios in Miami.

Nunez is not your average audiophile that decided to track his own album; he also has a range of amps and pedals under the Nunez Amplification banner well worth checking out.

His work on this record is stellar. The drums are massive. Check out track three and one of my favourites Slide – the kick drums are HUGE and the measured stop/start of the riffs in this song are a great example of all the sonic elements that compliment the aforementioned songwriting blend. The bookended riff, subtle use of keyboards, and laid back Brooks vocal melody work so well.

One of the qualities about any album (and Admission is a good example of this) that I like to listen for is the order the songs, and how they flow into one another to give the record an overall narrative construction. From Here and Submission kick the album off with a good upbeat energy before dynamically ebbing and flowing between tempos and using space – like in Slide – to allow the record to breathe a bit. Reminder is another example of this device.

The melodic hooks harken ’80s influences like the melody riff in the title track and single that almost remind me of when U2 didn’t universally offend the world putting an album on folks’ phones without asking.

A more subtle example might be the chorus and delay clean guitars that underpin the second half of What Was, evoking a cross between The Police and melodic hardcore influences. Great counter melody over the riff, too.

Efficiency is another feature here, with only a couple of songs barely grazing five minutes, the bulk sitting around three. It makes a record that has riffs like Infierno has less of a chore than bands who do long songs for long songs’ sake.

Admission is a welcome return from a band that has a lot to offer the modern heavy music landscape. Song craft, hooks, production, and a vocal that could endear new fans of guitar music to something a bit heavier.