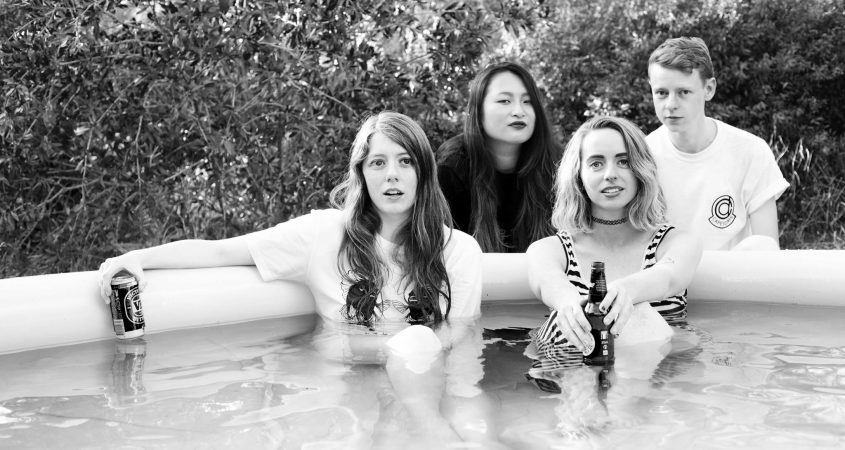 How much more proof do you need that Moaning Lisa are onto a good thing?

Today the local punk band premiered a video for their first single of 2018, ‘Carrie (I Want A Girl)’, on Laundry Echo. Featuring an all women and non-binary cast, the video is packed to the brim with cameos from some of the most talented musicians gracing the Aussie punk scene at the moment, as well as some hardcore fans and local legends too. The video was edited by Dave McCarthy.

Anyone who’s seen the Lisas play in the last couple of months would already know this grunge-fuelled, slowed down, sexy number – the band have not been shy to show it off, and with good reason. Dedicated to Sleater-Kinney’s Carrie Brownstein, ‘Carrie (I Want A Girl)’ is a celebration of queerness, women and non-binary people in music. Aside from Brownstein, the song pays tribute to a number of iconic women in music and entertainment including Courtney Barnett, Ellen Page and Florence Welch of Florence + The Machine.

Check out the video below, and listen to your heart’s content by purchasing the single on Bandcamp. It’s also available on Apple Music and Spotify.

Of the celebrity cameos, Aussie music nuts will be quick to notice Madeleine Mallis of Good Pash, Antonia Susan and Ash Giblin from Antonia & The Lazy Susans, and Georgia Maq of Camp Cope. Shout-out to BMA’s punk columnist Alice Worley for making it in too! The full list, in order of appearance, has been copied from the band’s YouTube page:

‘Carrie (I Want A Girl)’ has premiered at an ideal time, as its topics have been gaining momentum not only in the local music scene but in other corners of the music industry as well. On their late 2017 single ‘The Opener‘, Camp Cope drew attention to the low number of women playing at Australian gigs and festivals.

The single comes with a massive tour hitting up the Australian east coast. Canberrans can catch Moaning Lisa on Monday February 12 at The Phoenix, and again at The Basement with Camp Cope and Chastity Belt on Wednesday March 21. Find more dates on the band’s Facebook.