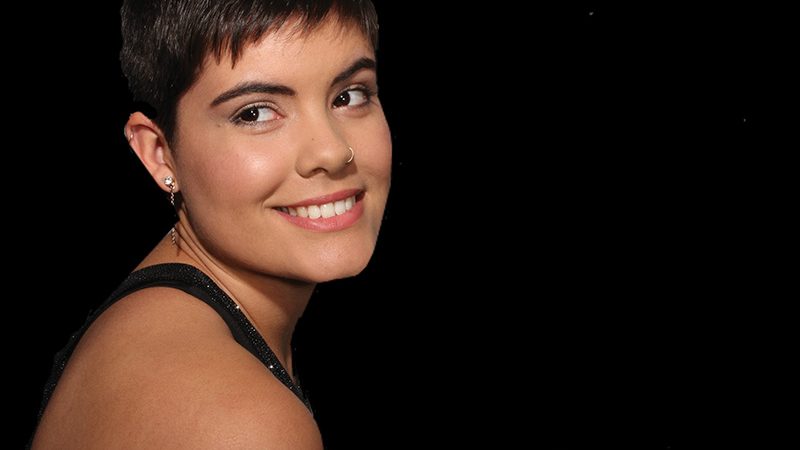 Alex Unikowski (piano), Brendan Keller-Tuberg (bass) and Malcolm Newland (drums) are the squad who played on my debut EP Fallen from Grace.

What would your band be called if it wasn’t called Lani?

If I could live up to the name (and if Tahlia Makunde hadn’t already claimed it), we would be called The Sixth Dimension.

I hoped that by creating an EP, I would know how to answer such a question as this but I still find it difficult. The album has ended up as a sort of compilation of music that I like and am proud of and that most appropriately captures the journey I’ve been on in the past 12 months. Overall it is a jazz/neo-soul aesthetic with a lot of variety for listeners and each song consistently offers a chance for the instrumentalists and/or I to show off a little … hehe all that jazz you know. There are also some very vulnerable and raw moments too.

I listened to a lot of Hiatus Kaiyote, Esperanza Spalding, Solange, Anderson Paak, Chance the Rapper, Bon Iver and Zaz in 2017. I used to sing a lot of Beyoncé, Alicia Keys and Christina Aguilera. I love Peter Gabriel and I’m inspired by many jazz vocalists whom I continue to discover.

What’s the most memorable experience you’ve had as a band?

Recording the EP has definitely been the most memorable experience thus far. I feel incredibly lucky that the first thing I get to put out into world was created in the state of the art recording studio at ANU SoM and with such incredible musos! We got to record with an orchestra (about 20 people) which was surreal. We also recorded two songs in one go (track 3 and 4 – you’ll understand why when you hear it) which meant that Brendan had to switch between electric and double bass silently. It was lit af.

I’ve grown a lot as a person and musician over the past few years. I went through a difficult transition moving from Newcastle to Canberra but applying myself has caused me to fall so hard in love with music. It sounds so corny but I’m proud of what I’ve accomplished, especially the CD!

I’m going to finish my Bmus and do honours. Otherwise I hope to continue what I’m doing: composing, recording and performing my music.

I wish there were more live music venues and more of a jazz scene!!!

We are touring the EP in Canberra: