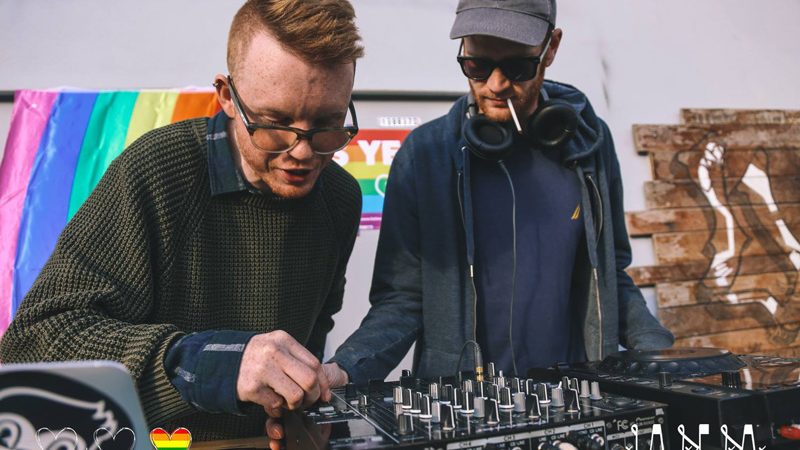 COFFO RECORDS doesn’t exist in an office, or even a trendy ‘creative space’. Its founder, Digby Tomes, would be more comfortable on a mate’s backyard couch, talking about music and flipping through a crate of old LPs. Tomes has an aura of effortless nonchalance; he tells me the label doesn’t need to be “growth-oriented”, as he negotiates an overladen Christmas pudding waffle cone.

Despite the casual manner, Tomes is nothing if not productive. Coffo Records celebrated its launch just a few months ago, with ‘Hello World 3000’ as the debut track. Tomes wasted no time kicking off a podcast series with the artist, Billy Erupto – known also as Pleased to Jive You frontman, Morgan Quinn. Tomes and Quinn delve into the influences and quirks of the music, albeit stopping for a burger break mid-transmission.

“I don’t get to do that very often, to sit down and ask my friends why they wrote music. It’s an awkward conversation, unless you go off and do a podcast. Let’s talk about it, let’s go into your brain. It’s like, hectic, like, his music’s crazy, modally changing key centres, pop tunes, it’s cool to just talk to him about how the stuff gets written.”

“I just want to book shows that I want to see, does that make any sense?”

Tomes himself knows what to do with a mixing desk; he’s been a longtime feature of the local scene, spinning reverberant soundscapes as Bottle Brush. However, the Coffo label reflects Tomes’ instinct for collaboration, and his brimming eagerness to share the music of his contemporaries.

Among them is long-time friend James Hewson, a.k.a. First Gulf War. Hewson was on the bill at the Coffo Records launch – Tomes hints at an upcoming release.
“My friend James, his stuff’s huge. The biggest inspiration for me to write music, ever. I went to his house when I was like, 20 or something, I walk into his studio, it’s like, Cash Converters speakers from an old stereo on the windowsill, half a crate of records, this little mixer, broken cables and stuff, a compact screen, half the screen’s dead, and it’s from ten years ago. Then he’s like, ‘here’s an hour of music I’ve written’. It’s just, like, huge. You didn’t have to have the best gear, or like anything, he just needed himself and some gear. There’s no limits to making good stuff, you can just do it. That’s the vibe I’m going for.”

When it comes to arts management, Tomes takes cues from Canberra underground stalwart Sancho Murphy. Murphy was behind LoBrow Gallery & Bar, where the label launched, as well as Sancho’s Dirty Laundry. She also co-owned the crowdfunded Braddon pop-up The Chop Shop.

“You should go hang out with Sanch, man, she is a legend. Just like, real ethical, real nice person, and just hustles hard. I like that style of getting stuff done, just be really upfront and transparent about everything that’s going on. Don’t try to be like, ‘I’m going to step on the back of other people to get where something needs to be’.”

Independence is central: Tomes isn’t looking for a middleman. “It kills all the fun, you don’t want to do the show after that man, it’s like, you book this dude from interstate, costs this much to get him, and you have to go put it at a club that you don’t want to be in, or you don’t want anyone to play at. The system kind of sucks but we’ve got this dude down, and gotta get enough people, and I lost like two hundred bucks on the show. Why don’t we just keep it how it was when we started? Let’s just play with our friends, have a bit of fun and do it because it’s good.”

At its core, Coffo Records is an homage to a simpler time. “When we were kids, we used to just play gigs at the [Woden Youth Centre]… I just miss that, lowkey, guerilla shit, no budget, get it done, have some fun. I wanna play at my friends’ venues, I don’t want to deal with anyone that I don’t have to deal with, like, I just wanna do stuff that’s good.”

If you’re feeling nostalgic at this point, you’re not alone. Fortunately, Coffo Records is looking forward as well as back. Punters hungry for the next release can whet their appetite this weekend – Tomes is lining up “the ultimate Sunday session” at La De Da. It’s Coffo through and through: “I just want people playing, all playing together, mixing in and out of each other, for like six hours, in and out, no rules, really freestyle.”

Support Jacqui Douglas on Patreon!
9% complete
When we reach $500 per month we will begin the official BMA Podcast. This will include interviews with some well-known musicians and artists, tips and tricks for publishing in print and online, as well as other discussion topics around Bands, Music and Arts in Canberra!