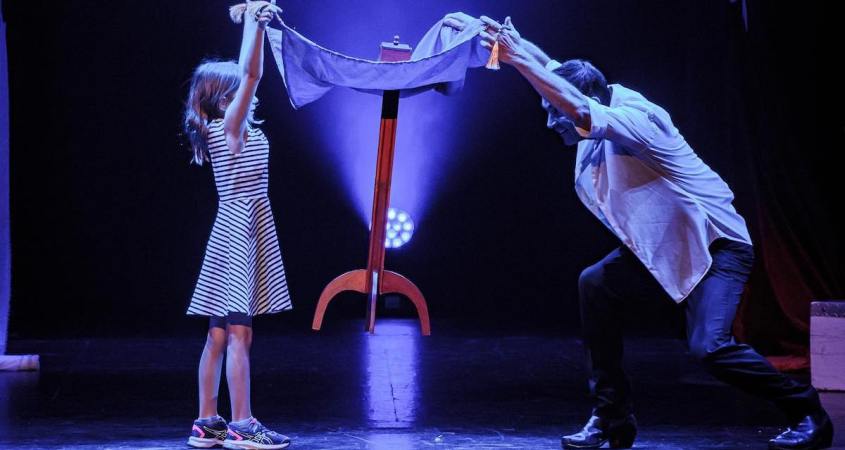 Flamboyant and often dramatic, Circus of Illusion mimicked the experience of the big top and managed to fill a medium–large stage well.  The show featured a couple of acts each by solo and small ensembles of cast members, including aerial hoop work, beautifully costumed dance, and high-risk balancing acts; but the show’s centrepiece is very obviously the set of illusions that Michael Boyd, an “Australia’s Got Talent” finalist, performs before your very eyes.  All these illusions defy ready explanation — most puzzlingly, bodies appearing from and disappearing into spaces that clearly don’t exist, for which the only rational explanation would seem to be surprisingly advanced teleportation.

The soundtrack accompanying the acts was very effective both in maintaining pace and in raising tension — which made it all the greater a shame to force audience members to cover their ears due to the frequently deafening volume of the higher-pitched percussive sounds.  “Britain’s Got Talent” semifinalist Sascha Williams ratcheted the tension up with daring feats of balance, and some of Boyd’s illusions were dramatic enough to worry children too young to recognise them as illusion rather than fatal injury.  Some preschool-aged children found the ringmaster too talkative to keep them engaged, but the show made a fine entertainment and was enthusiastically received by an audience already exposed to plenty of staged illusions and circus.