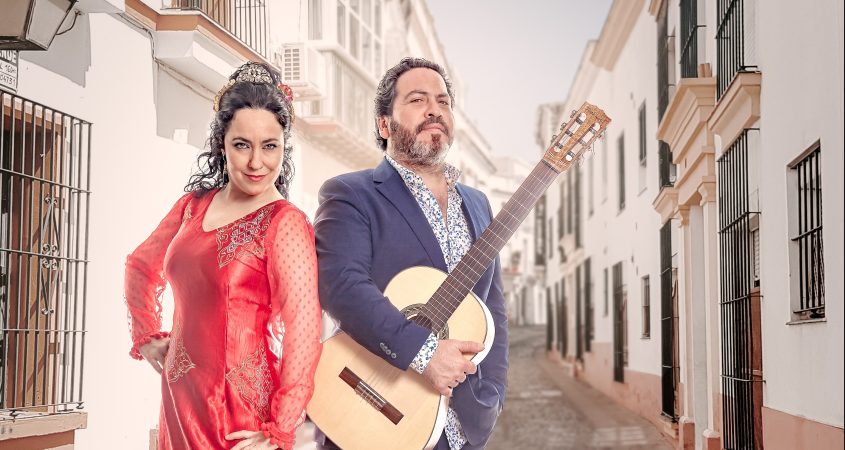 Audiences are in for a crackling infusion of guitar, song, and dance when acclaimed Flamenco artist Paco Lara comes to The Street Theatre on 10 December.

“It’s a culture. It’s a language. It’s a tradition. The main thing is the music, of course, but it’s a very rich music about rhythm more than about harmony or about technical skill. It is full of expression and drama.”

Flamenco has deep historical roots in Spain but also grew out of a fusion of different cultures.

“It’s very related to the gypsies, and now it’s mixed with a Spanish culture as well,” Paco explains. “It’s become very much a big mix now. It’s [energy is] found in almost any culture that’s suffered in the past. It all comes from that suffering, and coming together to make happiness.”

The show will launch Paco’s latest album Duende, which refers to a heightened sense of passion that is revealed when an artist is completely immersed in their work.

“The word ‘duende’ has different meanings in Spanish language,” says Paco. “One of these is goblin. When you see a person in the audience crying, the duende has appeared in this moment. The performer is not only extraordinarily skilled, but his soul has come out too. The goblin has come out. It’s the second skin; emerging when you’re totally mesmerised.”

“The guitar has seven strings. Six physical strings, and your heart is the seventh” – Paco Lara

This feeling of duende informs all of Paco’s work. As one of Spain’s most acclaimed and respected Flamenco guitarists, Paco has released over 20 albums and collaborated with some of the world’s greatest Flamenco artists in his fruitful career.

He recognises the importance of feeling duende in both the creation and performance of his work.

“The guitar has seven strings. Six physical strings, and your heart is the seventh,” Paco says. “You don’t only play with your mind and your fingers. You have to put in your heart, your love, your suffering, your experience in life.”

Indeed, Flamenco is an incredibly passionate artform and relies on a keen sense of romanticism to pull the audience in.

“I have 40 years playing guitar and surviving playing guitar. I’ve learned that if you’re not romantic, it’s impossible,” Paco enthuses. “You have to be a little bit romantic to dedicate your life to music. You put your feelings in there, and then you are a complete artist, a complete guitarist.”

Husband and wife duo will move your soul

The inclusion of song and dance adds to this sense of completion. Paco is joined by his wife Deya who also has an illustrious career in Flamenco, though her form is dance.

“I’m doing some modern and some traditional Flamenco dancing.”

Paco and Deya are joined by vocalist Angela Rosero and Byron Mark on both piano and percussion. As well as experiencing the flair and energy found in Flamenco, audiences can also expect an emotional experience.

“They will be surprised, and their souls will be very moved,” says Paco.

This will be a fantastic evening for performers and audiences alike, as both reveal their duende, and the goblin comes out to play.

Paco Lara’s Duende album launch happens at The Street Theatre on Saturday, 10 December at 8pm. Tickets are $30 – $50 via thestreet.org.au