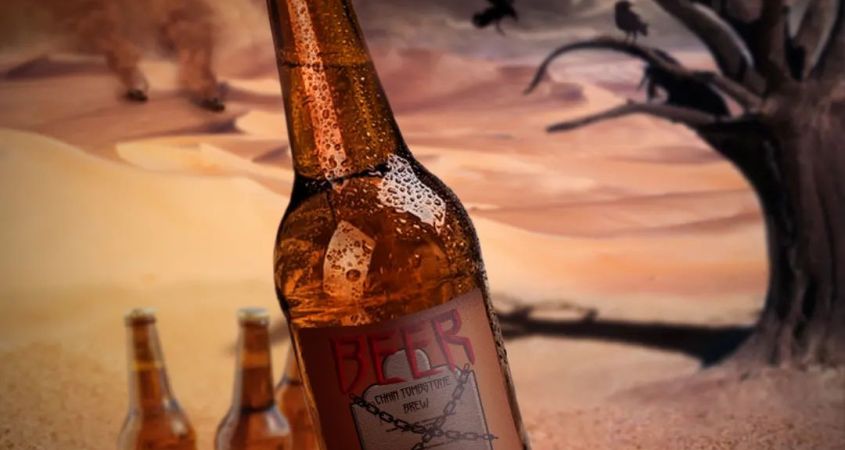 Canberra’s Chain Tombstone & The Deadmen have released Beerpocalypse, the first single since the band’s 2021 album Realm of Pain. That album was a fusion of speed and death metal, unyielding and aggressive and featuring all the tropes of the genre one would expect. And yes, the performances were just as you’d also expect, revealing technique and know-how required for blasting out warp-speed phrases, licks, fills and twin kick drum delights.

Of course, a curious juxtaposition exists here. Judging by the grinding, distortion led surface, one can immediately and unthinkingly conclude the anti-establishment angle, the raucous transposed as rebellious, the thunderous aligned to anti-social sentiment. And no doubt, for some, this is the style’s appeal. Yet, to be proficient enough to pull off such a musical language, some backbreaking, finger-furrowing labour would have been required. I’m alluding to discipline, and there is a tonne of it on show here.

That being said, Chain Tombstone & The Deadmen, now, no doubt, wishing to extend its capabilities beyond acceleration and ferocity, have indeed done just that and more on this new one. Kicking off with a spoken vocal bite, one embellished to become a slice of amusing dialogue in the bridge, Beerpocalypse utilises a swinging, albeit heavily undulating six-eight time signature to set the parameters. The guitar phrases are fastened to this groove, giving the vocal, that is, the melody, plenty of room, making use of some relieving and effective space. As the track rumbles on, one is assured by what’s on offer and goes along with the triplet guitar and drum interplay, the grunts and growls and some sporadic backing chants. But once the chorus arrives, one realises things are not so erratic.

Beerpocalypse features a series of hooks that may seem at odds with what surrounds it, the organised bludgeoning designed to sound disorganised, unveiling a distinctly ordered series of melodic choices that transform the track and give it depth and ambiguity. There are some 90s, emo rock touches here, and these do not detract but invigorate. Chain Tombstone & The Deadmen have exposed another aspect of its brand of metal, and this is a rewarding progression.

You can listen to Beerpocalypse via Spotify and Apple Music