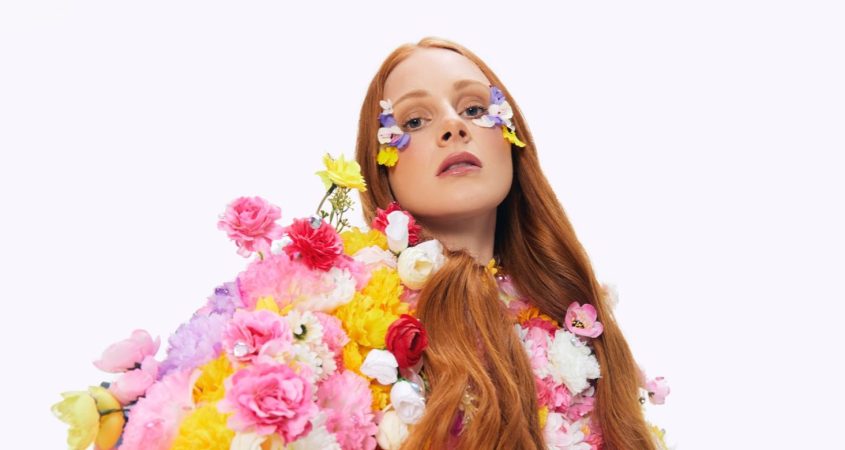 The vivacious Vera Blue is performing at Stonefest, so we caught up with the sultry singer to talk about her upcoming album, and her battles with depression and anxiety.

Born in the small town of Forbes, Vera Blue, also known as Celia Pavey, cut her teeth as a folksinger before breaking into the world of pop music with her appearance on season two of The Voice. A self-professed “hippie” at the time, Pavey took a leap of faith when auditioning for the TV show, and ended up snagging third place, along with the hearts and minds of her newly acquired fanbase.

Pavey has come a long way since then, evolving into a true artistic force of innovative, creative music. As Vera Blue, she has released an EP, Fingertips (2015), and her debut album, Perennial (2017), to swelling critical acclaim. The latter was recorded between Sydney and Los Angeles, and delved into the personal subjects of break-ups and heartbreak, cut to banging beats and synth-pop gold.

Pavey has also notably collaborated with Flume, on his huge single Rushing Back, which has further catapulted her into the limelight, and into mainstream success.

If Perennial documented Pavey’s personal journey through heartbreak, then her upcoming sophomore album, Mercurial, is about everything that has happened since. She tells us:

“It’s about finding new love, being diagnosed with depression and anxiety, and going through all kinds of ups and downs, and learning from it.”

Pavey further explains how there were things she needed to talk about, which she put into her music, to create something people can relate to.

“This album is about learning to cope with big emotions and being able to harness and use them as a superpower, and not just see it as a negative thing. I am really proud of it, and it’s something I feel really strongly about. There are moments of empowerment on the album, and learning about yourself, finding your voice, and realising you are stronger than you thought you were.”

Lead single The Curse, released earlier in the year, tells the tale of falling into new relationships, getting let down, and making mistakes. Like most of the album, the song allowed Pavey to channel those relatable struggles into her music as a way of processing and sharing the journey with others. She reveals:

“There a couple of songs on the album that were inspired by what the people around me were going through, and they were the same things I had been through in the past, so it was easy to write those kinds of songs.”

Regarding the inspiration for the track, she discloses, “It was something that my best friend was going through, so inevitably it rubbed off on me and I had to write about it. It’s about falling in love with someone, and them not feeling the same way back, or falling in love with a friend and it keeps happening, and you see it as a curse because they don’t feel the same way. I was just being open to what was happening around me with the people I love, which is cool because I relate to all that stuff as well.”

Making up for lost time

All this beautiful, emotionally charged music will be pumping out on the Stonefest stage when Vera Blue headlines the festival later this month. After a three year wait, the festival is finally returning to the University of Canberra with a huge line-up and an expectation that it will be the biggest party of the year. Joining Vera Blue will be Ruby Fields, Luca Brasi, Hope D, and Arno Faraji, not to mention local faves ARCHIE, and Miroji.

Pavey tells us how amazing it is to be back out on tour and making up for lost time.

“Right now, things are really starting to pick up, and shows that were cancelled are now happening, so it’s good to finally have the energy back. It’s good timing to have a new album out, and to be touring, so I’m stoked.”

On the topic of Stonefest, Pavey can barely contain the excitement as she exclaims, “I’m pumped! It looks like it’s going to be a really good festival. We haven’t been to Canberra in a little while so it’s good to be coming back and playing some new songs and having a dance. Ruby Fields is playing, and I love Ruby. She’s so beautiful and so talented, so I am looking forward to going there and catching up with everyone. It’s going to be fun!”

Where: Concourse Lawns, University of Canberra