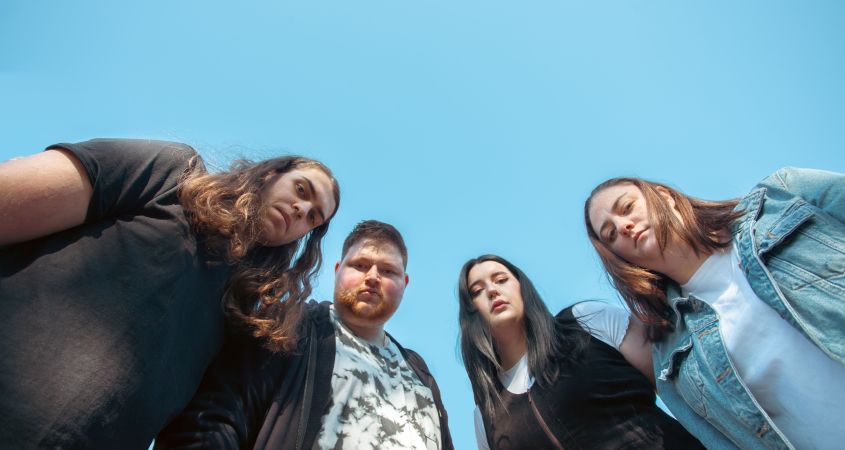 Boy, oh boy, what is going on in Canberra? The place is undoubtedly the new breeding ground for rock’s undaunted flag-wavers. Who said the genre spat out its last breath in the early ’90s?

Bad Lunar’s debut takes its cues from some heavyweights of the style, but all that is sure to be ironed out in due time if this simmering record is anything to go by.

Barrelling straight out of the foothold, the band are all in with chugging guitars and bass aided by a classic drum pattern. One is immediately on edge, reminded of the subtle power of such a simplistic configuration.

It sounds, of course, like grunge or post-grunge, or whatever you want to call it. But it’s an adhesive that works, pitting the emotional pull of a two-chord buzz against what one hopes is a deeper, more tantalising spread of power hook display.

And yes, it arrives.

The verses are adorned with just the right serve of delicacy and quiet, leading into a surprise pre-chorus (surprise in that there are some intelligent chord positions to put you off the scent), into a convulsive half-bar of muted distortion until the chorus carries us off.

Now, this is not sugared by obvious hooks, but rests mainly on the long notes utilised to hammer the song’s title home, intercut by a nifty, melodic guitar run that forms part of the chorus’ seductive arsenal.

What we expect, another repeat of what we’ve just heard, arrives, once again hinting at the euphoric without acceding to the melodramatic. A twin-faced bridge section comes next, with a gorgeous, yes, gorgeous spiralling alternate guitar line; utterly chant worthy and justifiably repeated at a higher register during the tail end of the part.

See Ya Never is a track with sweet grit, a super-charged debut that previews promise in all its audacious heart-thumping glory.

You can hear Bad Lunar’s track See Ya Never on Spotify and Apple Music.