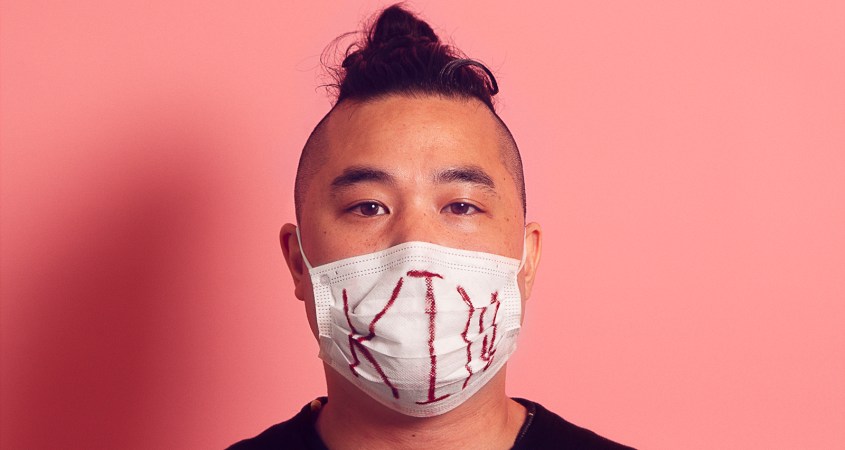 The third single in for Ngunnawal Country-based artist Birdcapital (aka Palimah Panichit) continues to explore the dreamier terrains of electro indie-pop.

And once again, he’s invoked the sensual characteristics of R&B slash dance. In this case, it’s via a cyclical synth bass part (augmented by a synth kick) that provides the track’s rhythmic compass. The driving bass also allows for a kind of immutable sense of tempered elation.

Of course, this is compellingly juxtaposed against the chorus’ refrain. The title alludes to desolation, which is performed slightly against the main groove’s pulse. This gives the listener more reason to believe the melancholy is no less intense but somehow infused with a lightness that we, and the narrator-artist, can handle.

Perhaps what is most conventional about Heart So Heavy is this recurring chorus. The remaining parts seem to hover around the synth bass like esoteric spectres, searching for solid ground. Utilising effective, blues-based pop lines over an array of textures, effects, and space (as well as the governing low end) the track builds shrewdly. It delights in giving us alternate verse-like melodic variations and a series of breaks. These variations deftly inhibit the track from meandering, giving us light and shade as it reinforces the central hook.

Which is, of course, the chorus.

Although simplistic, direct, and not necessarily melodically elaborate, the repetition acts as a bewitching counterpoint to the disarming rhythmic core. It lingers in the drops and fades, reaching as it does for something other than what it spells out. The apparent temperament of what the title implies is reflected with ease and subtle skill in the track. We’re treated to a pervading gentleness that eases one into and out of a streamlined yet no doubt multi-hued world.

We enter this world one way, with that charm— a filled groove sprinkled with descending synth blips and vocal samples—and leave it via another, the bass line intact but with the chorus’ words isolated and stripped of all but the charge that comes from expulsion.

Birdcapital’s Heart So Heavy is out now via Spotify, YouTube Music, and Deezer.