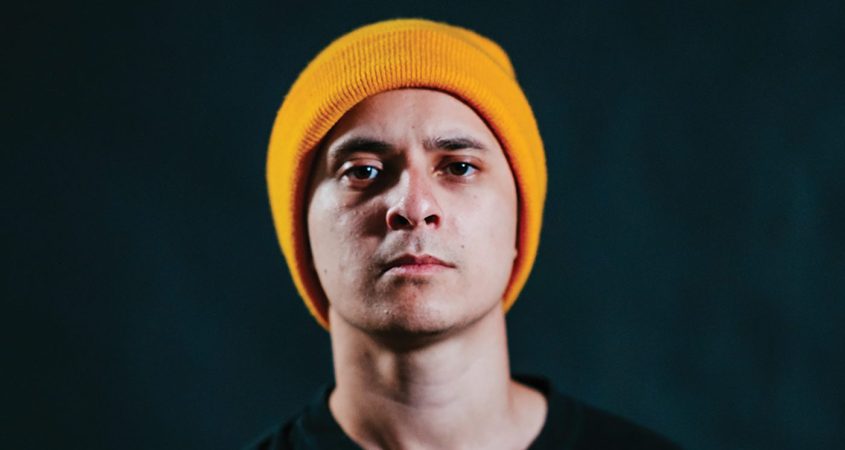 This month, the Canberra Symphony Orchestra (CSO) brings us an exciting new project as part of their Australian Series, called Collective Memory. The project features pieces of music from five different composers, all connected by the themes of history, power and, of course, collective memory.

One of the featured composers is Sydney-based rapper, drummer, and multi-instrumentalist, Rhyan Clapham (a.k.a. DOBBY), who spoke to us about his ancestral history, his passion for music, and the inspiration for this latest piece of work.

The Who and Why of DOBBY

Rhyan Clapham proudly identifies as a Filipino and Aboriginal musician, and member of the Murrawarri Republic in Brewarrina, NSW. His musical journey started very early, with his mother’s strongly encouraged piano lessons, which led to drums, which then led to UNSW to study jazz.

From there, Rhyan completed an honours degree in Indigenous studies, focusing on Aboriginal hip hop music.

“I was studying and writing about my favourite Indigenous artists that I looked up to as an Indigenous person,” Rhyan tells us. “People like Jimblah, Munkimuk, The Last Kinection, Yung Warriors, and Briggs.

“That was very special to me. To have those different worlds of music and genres, between classical, jazz, hip hop, and Indigenous expression. Within all of that is the foundation of what I do now.”

In these defining years, Rhyan’s understanding on the impacts of clear representation of Indigenous artists grew, realising the profound effect it has on the younger generation.

“I bring my identity with me wherever I go, musically speaking, because I feel that representation is so important and so powerful.

“When young blakfellas see an Indigenous composer, or a First Nations artist, they start to believe it in themselves. And it only happens when you see it in yourself. I’ve seen it again and again.”

DOBBY’s part of The Collective Memory

Rhyan’s work on the Collective Memory project is a high-profile opportunity to continue his contribution to increasing awareness and representation of Indigenous culture. In doing this work, Rhyan has also set about educating himself further in the history of Indigenous Australia, and how that story has been misrepresented over time. This research has helped define the themes of history, collective memory, and power in his own mind, which will translate into a groundbreaking and dynamic live performance with the CSO.

Rhyan explains: “History is written by those in power, which then forms our collective memory. So, it is all inter-connected, but it all stems from who can tell that history in the first place.

“For myself, as a Filipino, Murrawarri man, a lot of my history is only now being told,” he continues. “In my own upbringing, it wasn’t embraced or even acknowledged in school, because history was very one-sided.

“That is what this piece means to me. I kept thinking about these three words; history, memory, and power. The single word that kept coming back to me, was truth.”

Where Classical and Hip Hop unite

The music that accompanies Rhyan’s vocals will be performed by the CSO, and includes flute, clarinet, piano, and cello. In terms of instrumentation, there is a deliberate attempt to bring stylistic facets of hip hop into the realm of classical music, such as loops, simplicity, and energy.

This approach allows the story, and the words, to be championed and centred for the audience. Rhyan elaborates:

“There should be no question about the power and capacity of hip hop music. Especially in how directly you can tell your story. It is tied into protest music, counterculture, and truth-telling. There is so much potential, and I hope a piece of work like this can prove that to listeners.”

The world premiere of Collective Memory promises to be an exciting exploration of the culture of these lands we inhabit. It is also a celebration of Indigenous identity, creativity, and music that is so important for our future. As Rhyan tells us:

“There are a lot of people becoming open, willing, and embracing of Indigenous talent, and rightfully so. We still have a long way to go, but it is heading in the right direction.”