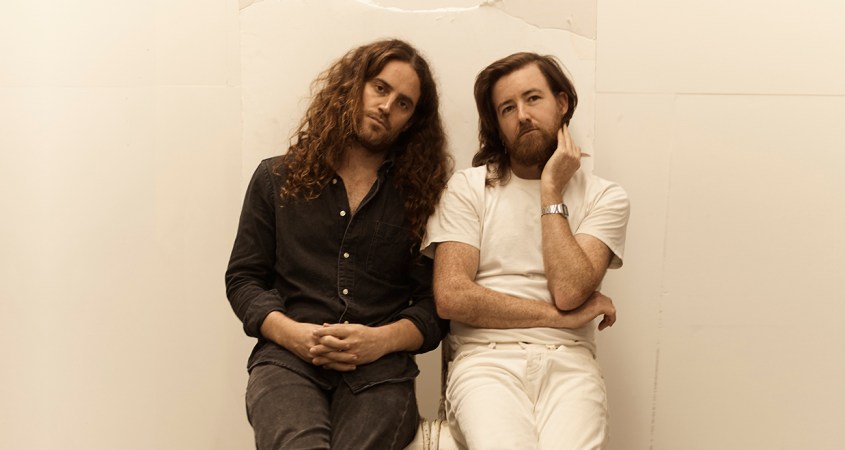 The visionary band, Holy Holy, has reached new levels of pop perfection with their latest release, Hello My Beautiful World. We caught up with them as they start their national tour in support of their ground-breaking album, to find out what makes them tick.

Since first emerging in 2015 with their debut release When The Storms Would Come, Holy Holy have always pushed the boundaries to create ambitious and innovative music.

In the space of one record their sound can move effortlessly from emotive post-Britpop rock (think Doves meets David Gray) to uplifting, life-affirming electronica (think The Presets meets Empire of The Sun).

Hello My Beautiful World is their fourth top-20 studio album in an astonishingly short six-years. It is also their greatest achievement thus far. It reached number 4 on the ARIA Albums Charts upon its release mid-last year. The overall vibe of the record is that of energised exuberance for all that this world can offer us.

“The unifying theme is the idea that the world is beautiful. Even if we are not perfect, and we have done lots to make the world worse,” Oscar informs us. “In particular, we like the interplay of themes of nature and themes of our own digital or modern lives.”

The band wrote, produced, and mixed the album in a series of modest studios and spare rooms across Tasmania and Victoria. And all amidst a very distracting and all-encompassing global pandemic, no less). They have combined pulsating synths, soaring vocals, and some highly danceable beats to construct a beautifully detailed collection of songs.

“We were given all the freedom in the world to do whatever we wanted. And this is what we did,” says Timothy. “It’s a work we’re proud of. Some of the songs are really different for us. At the same time, I feel really connected to this album.”

Given the imposing nature of the pandemic, the boys are yet to fully road-test the new album, but that is all about to change as they hit the road in 2022 on their national tour. The Hello My Beautiful World tour officially kicked off last month in Gosford, and the boys are being coy, and somewhat modestly confident, that they will absolutely bring the house down with the new material. Oscar tells us:

“The reception for the album seems to be good so far, but it’s always hard to say. We haven’t been able to play many shows because of that nasty, nasty cough, but now that we’re finally getting out there, people seem to be really digging it.”

It seems likely they will not only be the supporting acts, but also partake in some thrilling on-stage collaborations with the headliners.

As Oscar puts it: “We love working with people and love the sounds of other people’s voices. Some of our guests are old friends, like Clews, and new friends, like Queen P and her team. It’s just more fun to do things with heaps of different personalities and sounds.”

He continues: “In terms of emerging Australian talent, there is a continuous flow of people making lots of great music. There doesn’t seem to be any shortage of it. We are very lucky to have such a vibrant and talented music world in our little country.”

Be sure to grab tickets for Holy Holy before they’re all sold out. It is going to be epic.