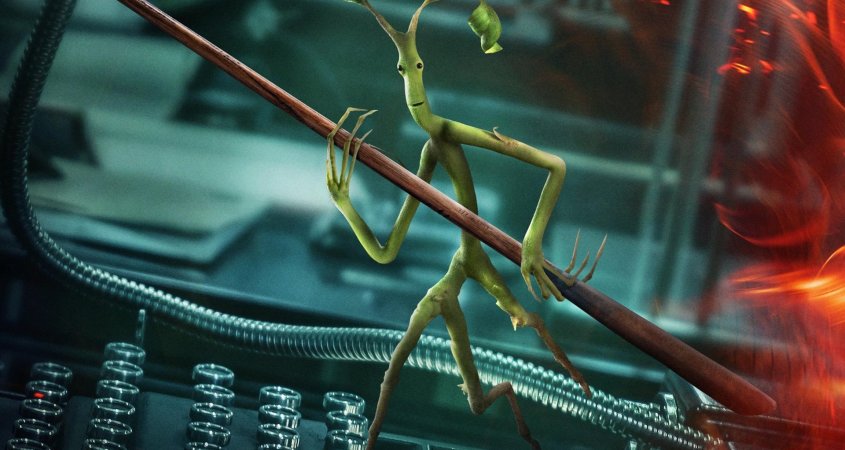 The Fantastic Beasts series’s third instalment is finally here!  With a tightly integrated magical philosophy, characters who undertake their journeys as individuals uncertain of the roles even of their teammates, and magic effects equal to those in every previous Wizarding World movie, the surprises in the latest in the Harry Potter prequel series will delight old and new fans alike.

The psychopathic murderer Gellert Grindelwald’s (played in this movie by Mads Mikkelsen, replacing Johnny Depp) obsession with racial purity extends to planning to wage war to cleanse the Earth of “these animals”, Muggles (non-magical humans).  To that end, Grindelwald has managed to persuade a significant portion of the wizarding community of his worthiness for the elected position of head of the international confederation of wizards from the forthcoming election.

The film introduces new magical abilities, and new creatures along with old favourites such as Newt’s Bowtruckle, Pickett, and his mischievous niffler, Teddy; most notably and appealingly the Qilin (pronounced “chillin”), a fawn-like magical creature, whose role may prove crucial.

Not content to rely on promises to ensure his election, Grindelwald intends to seal the deal through the indisputable choice of the Qilin, who will bow before somebody pure of heart.  Grindelwald will achieve this impossibility by creating a simulacrum of the Qilin in the most despicable way.  “Things are not”, as Dumbledore (Jude Law) advises a shocked Credence Barebone (Ezra Miller), “quite what they appear.”

Dumbledore — magically bound to not fight Grindewald — assembles a small team, coordinated by Magizoologist Newt Scamander (Eddie Redmayne) and his offsider Bunty (Victoria Broadacre).  And only Dumbledore and the small band he puts together have any chance of thwarting Grindewald’s plans and averting the horrors of an interworld war.

The team faces a unique difficulty, though: that Grindelwald can anticipate the team’s every move, through glimpses of the future.  “Dangerous times favour dangerous men”, Dumbledore, speaking in about 1930, prophetically warns Newt: things unimaginable today will seem inevitable tomorrow.

The story is not entirely beyond fault: it includes loaded guns — actually, a loaded wand and loaded love references by Dumbledore — for no discernible reason, and the plotting is so dense that time away from the Wizarding World easily obscures aspects of certain characters’ methods and motivations.  But it matters little: the film is so rich, fast-moving, and emotionally entertaining that it can afford minor losses.  And the superlative magical effects and incredible detail in creatures, props, scenery, and MFX (magic effects) that have come to mark the entire franchise provide technical wizardry commensurate with the world, along with its many unique characters, that Rowling and her creative partners have crafted with such loving care.