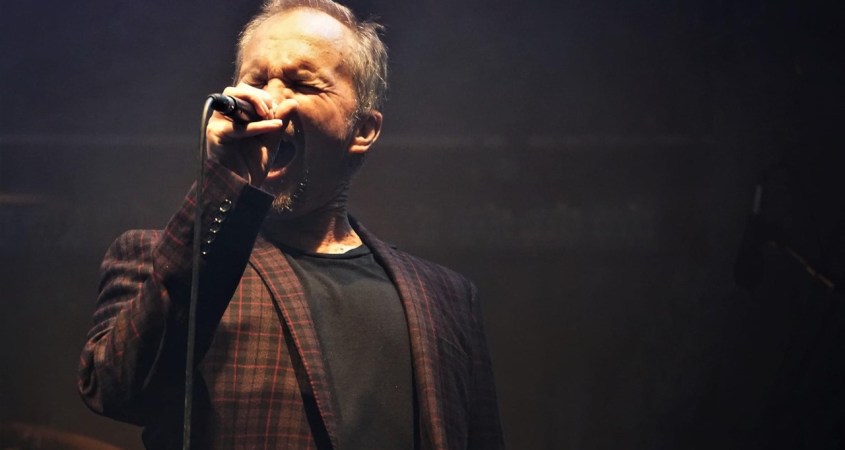 Now, this is a curious record. A roaring blend of blues and rock with sprinkles of AOR stadium pizazz. Like Slade meeting Bon Jovi at the crossroads and having to contend with Gary Moore.

As if one couldn’t tell by the integrity of the musicianship on display, there is a history here. There is a story.

Grant Stevens’ Devil’s Machinery is the culmination of a lifetime writing, recording, and performing. A string of singles and a previous album to his credit sits alongside a somewhat atypical and frankly intriguing CV.

Recounting his history, it’s no wonder Devil’s Machinery is such a spirited and multi-layered work. As Stevens says about his background:

“I grew up in Sydney’s western suburbs always knowing I wanted to write and perform music. My passion for music was evident from an early age. From singing on public transport with my Nanna at pre-school age to my first high school band. Then, to playing my first big venues.

“I left for London at eighteen to gain experience in the European market. I was fortunate to meet and perform with producer Kit Lambert (The Who) and get major label record deals with two London bands, Soho Jets and Razar.

“These years were invaluable to learning my craft. Although I have built my home and career in Germany since 1985, my connection to my roots, and particularly Sydney, has always remained strong.”

Whether it’s the blues-rock detonations of 25 to Life, the grit and growl of Devil’s Machinery, or the all-out assault of V8 Sandman, the album’s fervour and cohesive intensity are some of its most vital points.

Devil’s Machinery showcases Stevens’ obvious musical prowess. He stays faithful to the blues-rock genre without forgoing pop-rock melodic choices. As such, he conjures an accessible creative design with a considered dynamic and attuned writing.

Devil’s Machinery’s might be referencing a world gone by, but it’s one worth resuscitating.