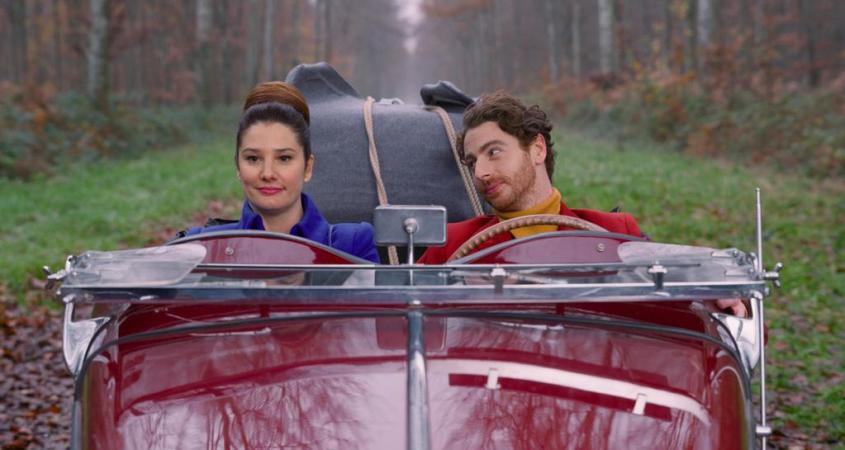 Jeanne Chardon-Spitzer (Alice Pol), a brilliant architect, is vying for the commission to renovate the Daguerre mansion, home to the Daguerre family, famous for its board-game empire.  Head of the family, César Daguerre (Eddy Mitchell), refuses to look at architectural plans, insisting instead that prospective architects bring models of their designs for the renovation to him at the mansion for him to inspect.

Accordingly, Jeanne travels with her model to the Daguerre countryside mansion where she mets the eccentric Daguerre family members and their “servant”, Armand (Gustave Kervern).  None are particularly pleasant, including and perhaps especially César.  Subjected to rude behaviour, Jeanne decides to leave — but, to everyone’s horror, César is found murdered.  Instead of winning an architectural contract, Jeanne now finds herself in the midst of a murder hunt from which no one can escape with their lives unless the identity of the murderer is discovered.  And time is tick, tick, ticking.

From the moment the film opens, the viewer is thrust into an intensely vibrant modern but 1950s-inspired world of striking costumes and sumptuous surrounds.  The action never slows as one crisis leads inevitably to another, as finding clues and their solutions gets increasingly difficult, and as the stakes climb.  Jeanne, an innovative and capable problem-solver, finds herself having to manage the eccentric family members and Armand as she tries to solve the mystery and get everyone out of the mess alive.

This fun murder mystery has everything: old-fashioned murder; suspects with dark pasts and sufficient motive; and twists and turns aplenty.  Its clever plotting, amusing script, and engrossing performances make it an utter delight; it’s bound to fill you with bonhomie.