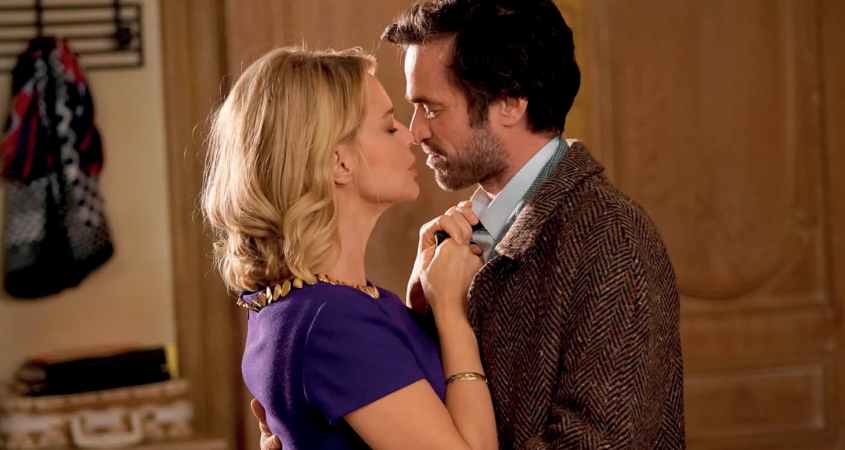 At a garden party at the home of well-to-do parliamentarian Charles (Grégory Gadebois) in the early 1950s, the unattainable Camille (Virginie Efira), a lady of multiple playful identities, dances into the heart of car dealer and daring gatecrasher Georges (Romain Duris), and is herself smitten at least temporarily by his imaginativeness and preparedness to defy convention.  Georges, playing along instinctively with Camille, soon makes of her fantasy life — one of harmless fun with utter disregard for useless rules — a reality.

Once secure in each other’s love, Camille and Georges create a home life so fantastic that when, 13 years later, their son, Gary (Solan Machado Graner), details some of it at school, his fellow students spurn him as a liar until Camille casually shows up at the school with proof for one of his less credible claims.

Of course, large parties guzzle money, and for life to be a continuous fantasy may take some accounting; and so reality begins to appear between the curtains in ever more intrusive ways.

In Waiting for Bojangles, we are touched by a romance that is true; that lives soul deep; that is undying.  We know almost as soon as Georges does that this love is forever.  The characters that these three giants of French cinema, Efira, Duris, and Gadebois, have created under the capable direction of Régis Roinsard infuse Olivier Bourdeaut’s beloved novel with such magic that the movie is set to become a long-lived treasure.