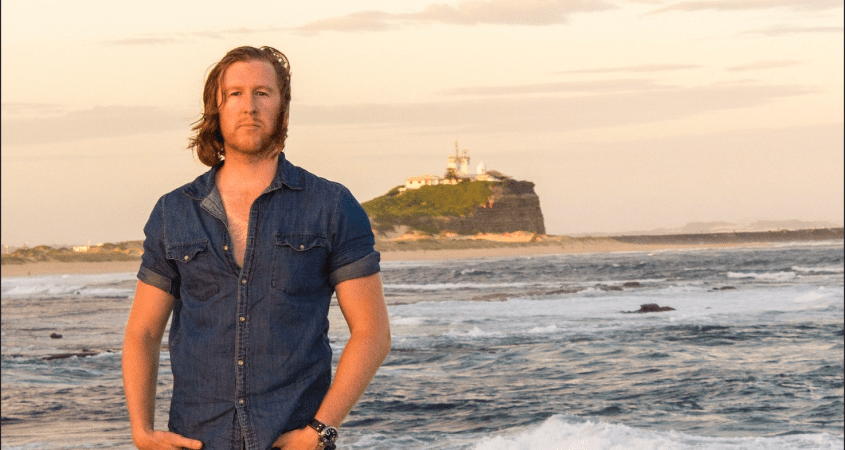 Country musician Grayson, aka Michael Edser, spent his childhood in Australia. It’s here he developed his musicianship and songwriting, before becoming a globetrotter musician.

After establishing a following in Australia, Grayson toured the US and Europe extensively. He secured a contract with Rifle Range Records, eventually relocating to Ireland at the beginning of 2009.

In 2009 his first singles, Stand Clear and Change, impacted the charts. Soon after, a series of releases followed. This included the albums, Somewhere in the Night, Chronology, Little Doors, Broken Hearts & Broken Bones and Window Dreams.

In 2011, Grayson moved to the US and signed a publishing, album, and management deal in Nashville with Busy at Play Publishing, owned and operated by Garth Brooks’ guitar player, Johnny Garcia. Now based in Nashville and continuing to solidify his reputation as a session musician, songwriter and producer, Grayson has released his first new track in two years.

Grayson’s on the case

Unsolved Mystery is an accessible contemporary country-pop record with a well-considered lyric.

As the opening verse lines reveal:

Grayson portrays the act of getting blindsided with enough conviction to render the subsequent chorus lyric—Unsolved mystery without a trace you’re history—effective enough, reiterating the main focus.

In one sense, harnessing the detective visuals to the fullest reflects that mode of utter confusion after a relationship fail. No matter how objective one can be, the act can be emotionally brutal, rendering us bereft of logic and understanding.

The melodic accompaniment to this metaphor is a mix of amiability and quite memorable sunniness. And when set against a lyric that’s basically asking, ‘what the hell just happened?’ it generates a somewhat sympathetic response from us. A response that is also formed by our recognition of Grayson’s disconsolate narrative.