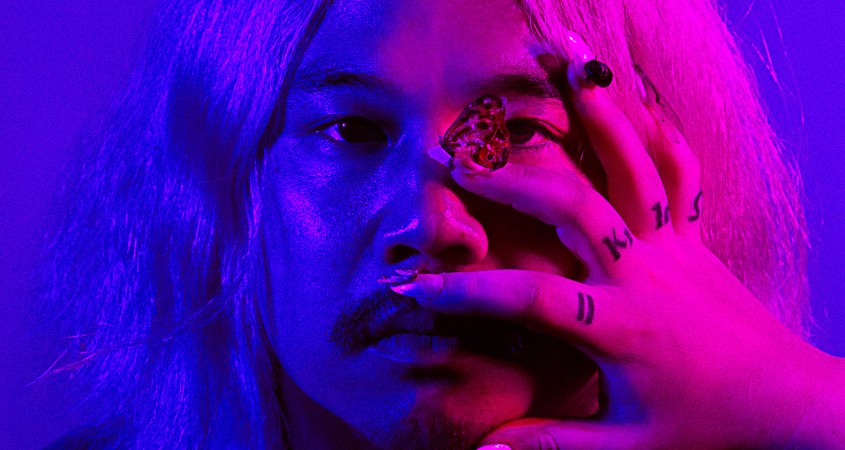 The new track is a condensed pop exploration that contains an array of hooks and highlights. And by condensed, I refer to the sonic flesh and blood of the track and its duration. At one minute and forty-eight seconds, curtains flashes between your ears like an aftershock.

The blending of accessible pop characteristics—discernible in the rhythm department, the melodic sections, the layers, and waves of rousing vocal parts; the rather traditional bass and drums formulation and certain guitar/key lines—with more unpredictable attributes, such as the post-chorus (for lack of a better term) stripped down fragment, which engenders the record with a tempered sort of eccentricity.

This is instantly endearing, yet the song’s parts are deceptively engaging also. This is pop, after all.

The song would undoubtedly stand up when neutered of its sonic embellishments. The notes and chords visit some sweet and enervating places and could be appreciated in either configuration.

However, the vocal work on show here is an integral part of the track’s overall appeal. It solidifies the melodies, reinforcing the vigour of the lead vocal. It adds textural dressing to the arsenal of other textures hovering and swooping in the expansive background.

There is almost a dance aspect to the dynamic build, beginning with the straight time kick and pushing groove, and the concurrent instrument parts. As the track increases in intensity, thickening with surging string and synth lines, one becomes aware that it’s as if the song is the build.

There is one statement being made here, and it’s made lightning fast. It’s over in less than two minutes, and the final synth and keyboard section helps us catch our breath.

But it also leaves us wanting one more round of something, probably more of the chorus-like lines. However, that is also some of the track’s appeal, leaving the listener waiting, wanting more of the same.

You can listen to Birdcapital now via Spotify, YouTube Music, triple j Unearthed, and Apple Music.