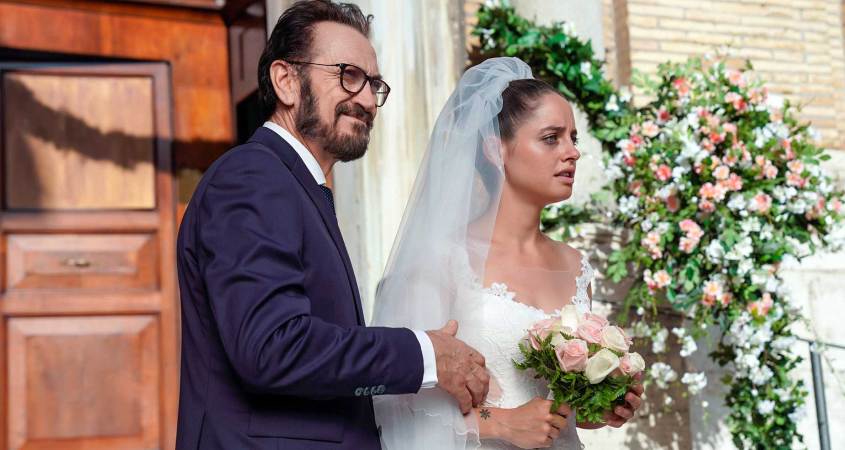 Three brothers-in-law — Arturo (Marco Giallini), Sergio (Giuseppe Battiston), and Antonio (Vincenzo Salemme) — are gathered together in the lead up to the lavish wedding of Arturo’s daughter, Valentina (Matilde Gioli) as Arturo practises his speech, but practice soon gives way to their familiar rivalry, each pointing out the perfection of his own daughter and insinuating that the other daughters don’t quite measure up to his own.

But when Valentina doesn’t quite make it to the altar, instead running off with her lover, Arturo is left bewildered and incensed.  Soon after, the other fathers discover that their own daughters are also pursuing “unsuitable” lovers.  Enraged, the three decide to show their daughters the errors of their choices and save them from the disasters that will surely follow otherwise.

What follows is a series of catastrophes in which the fathers manage to turn understandable parental concern into mayhem that not only risks destroying their relationships with their daughters but also imperils their marriages.

Three Perfect Daughters is a fun romp.  The exasperated wives and the furious daughters and their respective lovers all give excellent performances, but it is Marco Giallini as Arturo, Giuseppe Battiston as Sergio, and Vincenzo Salemme as Antonio who steal the show with superb performances that make us like them and draw us into the fun of their outrageous schemes.

This remake of a tale included in recent French and Spanish film festivals has been handled very well under Rolando Ravello’s direction, offering a good many laughs at how badly wrong our heroes’ good intentions lead them.