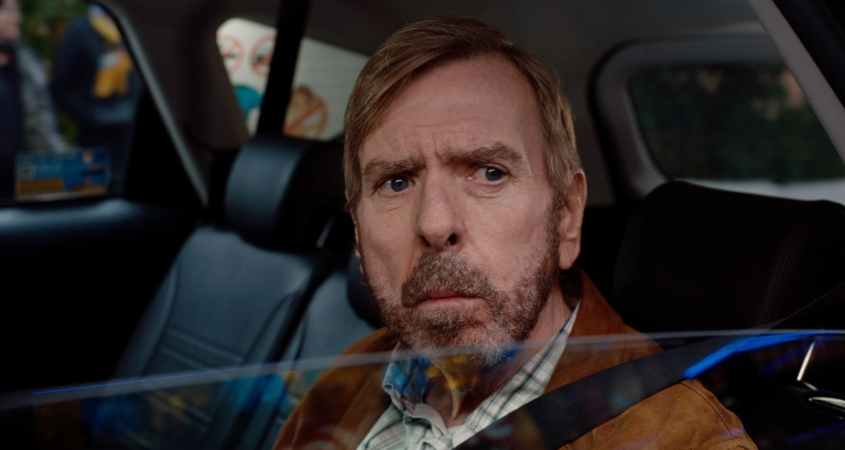 Peter Riordan (Timothy Spall), a solitary, sensitive man, has devoted his life to his work at a bank in Manchester.  Taking an unexpected opportunity to visit his brother, Daniel, in Benidorm, Spain, Peter arrives to discover that Daniel has disappeared.  Although the brothers are polar opposites, Peter is certain that Daniel wouldn’t intentionally vanish without leaving a message of some kind.

Into this strange situation enters Alex (Sarita Choudhury), Daniel’s business partner and a seasoned nightclub performer.  She too is looking for Daniel, although she’s not too surprised to discover him missing: it’s not the first time.  Her view of Daniel’s irresponsibility is shared by others, yet nothing convinces Peter that Daniel’s disappearance reflects his unreliability, and policewoman Marta’s (Carmen Machi) reassurances and homegrown wisdom don’t dissuade him from formally reporting his brother missing.  That his brother wouldn’t be there for him is, to Peter, unthinkable.

So, with Alex’s help, Peter sets out to discover Daniel’s whereabouts via the bizarre hedonistic world that his brother apparently inhabits — a very long way from the childhood the brothers shared — and encounters an alien landscape both incomprehensible and fascinating.

Timothy Spall, as Peter Riordan, doesn’t disappoint as he delivers yet another engrossing portrayal, inhabiting the character of Peter Riordan down to the tiniest details and bringing to life Peter’s extraordinary ordinariness, his loyalty, his politeness, his determination, and his generosity of spirit.

Sarita Choudhury, as Alex, gives a terrific performance as a woman not in the first blush of youth who nonetheless takes to the stage as a femme fatale, and Carmen Machi naturally inhabits the persona of Marta, the policewoman who has seen it all but who, knowing the score, is relaxed and accepting of the way things are: life is life; make the most of it.

Visually rich, juxtaposing the bleak grey of Manchester against the intensely vibrant, hot coast of Spain; the conservative attire of the British business world against the sumptuous costume extremes typical of mardi gras; and the traditional British business centre architecture against some stunningly unusual mediterranean architecture, It Snows In Benidorm jolts the viewer from one culture to its opposite with ease, or possibly unease.  It’s a slow burn, and probably better suited to those old enough to look back some distance.  But, as in life, although we get to understand more as we go along, will we ever fully understand?

One small suggestion: if you decide to see It Snows In Benidorm, be sure to stay for the end of the credits.