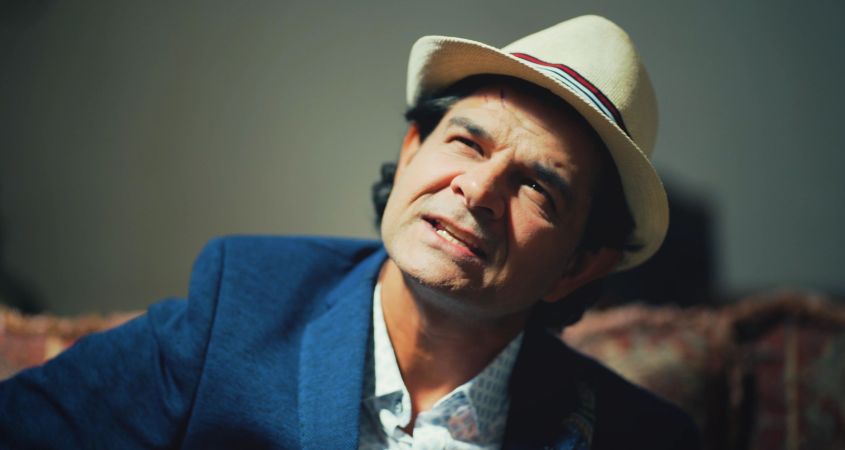 Establishing a music artist in this age of social media supremacy might appear to be akin to ploughing the sands. So launching a virtual artist, a comprehensive pseudonym for a sentient music producer, might have a few challenges.

There’s a pressure to collect Likes and Streams and Views and Hits and whatever else is deemed relevant and necessary. It’s artistically and creatively counterintuitive, of course—the time one spends posting could be time spent practising and writing. But this is where technology has taken us.

It is mysterious terrain if nothing else.

Chel Drup is one of those virtual artists. Yet here, we know who’s behind it, so perhaps it’s only quasi-virtual?

Nonetheless, Chel Drup was conceived by Australian singer-songwriter, musician, producer, filmmaker, and general all-rounder Mahmood Khan. The new track from the clandestine artist is an unabashed contemporary indie-pop redo of Khan’s international hit Like The River, originally recorded live at the Sydney Opera House in 2009 and a former ARIA #1.

Khan’s history is an intriguing narrative about the diffusive nature of music-making. He is not only a music figure with loads of runs on the board but a music production entrepreneur. He introduced music streaming platform GMLP (Great Music Licensing Platform) whose access to thousands of songs across many genres enables brand focused curated playlists. This enables unlimited content use which inverts the standard payment structure.

The driving force of GMLP is the entity Beat Viral—now signed to a publishing admin deal with Universal Music Australia. It’s a concept of producing mass music content which Mahmood calls ‘Content Farm’. He spent several years developing the production techniques and technology to create an environment where thousands of tracks are produced every month.

Chel Drup’s version of Like The River utilises technology to create a lush, shiny pop landscape featuring layered manipulated voices and sparse instrumentation. The track is quite different to the original but has its target firmly in sight. And we all know what that is.