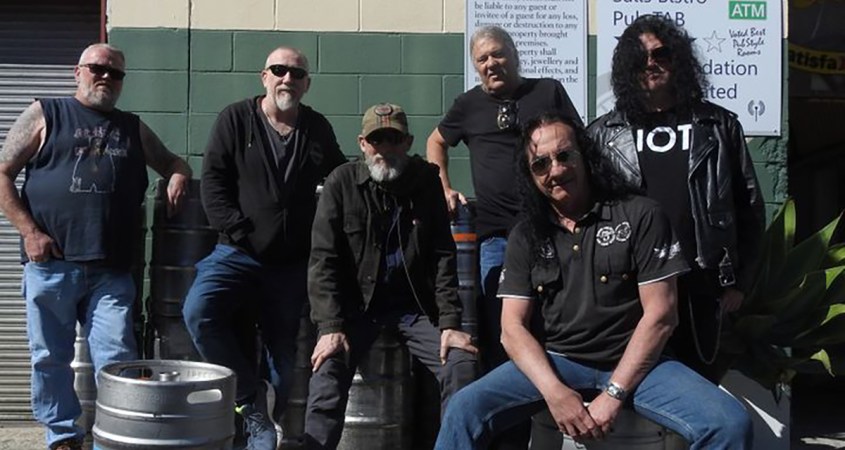 Suburbiasuburbia are more than just an artistic anomaly. They’re activists from the East Coast of Australia with a penchant for hard rock and blues whose unmistakable, distinctive musical style is a fresh breath of air.

Since 2020, the dangerously prolific Suburbiasuburbia have released several singles and an album, Landfill. They continue their offensive with new track Swifty Goes to the Shop.

Swifty presents the band at full throttle. They are an unyielding and relentless blues-rock excursion containing not only the hallmarks of a decent hard rock record—assured performances, guttural explosive lead vocal, thick wall of intense sonic pummelling—but also a sly sense of humour and colloquial, wry sensibility.

Suburbiasuburbia – happiness and freedom on a tight budget

As the band says of the track:

“Swifty had been indoors for some time and needed a retail excursion to treat his weary mind. He didn’t care for beer. He wanted plant residue. This story is about getting out of the house to buy happiness and freedom from constraint on a tight budget.”

The track features some serious playing in all departments. The fiery guitar licks are here, the dynamic rhythmic elements, the high-voltage vocals. And a peppering of harmonica adds a classic textural dimension.

The band describes its sound as being like ‘Raspy, passionate screams from your next-door neighbour’s garage as he cuts his hand off with the chainsaw…’.

Audiences will undoubtedly be intrigued by Swifty Goes to the Shop and subsequently be initiated into the no-frills, no-nonsense rock and roll world of Suburbiasuburbia.