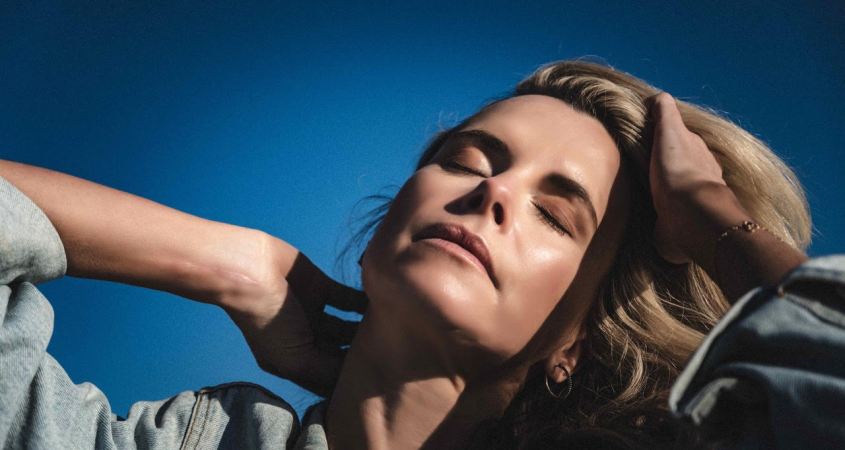 Australian singer-songwriter Holly Wild has just released her second single, No Limits. It’s the follow-up to her debut, Love Chooses You, released earlier in the year.

No Limits wastes no time establishing a mood. Holly’s more than congenial vocal cadences are upfront and primed to tell us what No Limits is all about. Initially only accompanied by an acoustic guitar, it’s not too long before the sonic camera pans out. Various guitar textures, rhythmic add-ons and a sense of urgency appear. All gear up for the chorus, whose melody is as inviting as it is consolidating. That is, in respect to the subject matter and Holly’s steadily growing euphonic release.

And in a word, that’s the essence of No Limits; release.

As Holly Wild has said when asked about the inspiration behind the track:

“The song was written one sunny afternoon after getting home from a workshop my friend was hosting. We were invited to delve deep into our subconscious mind.

“I went into a ‘trance like’ state during the workshop, and after a day of exploration, I’d apparently ‘shed’ a whole lot of limiting beliefs that I had of myself. Beliefs that I’d collected over the course of a lifetime. Some of these were helpful, but many were not helpful.

“I came home deeply relaxed with a sense of optimism. I realised that if we had the ability to delve into our past and shed all the preconceived ideas we had of ourselves, ideas that might be holding us back, our potential could be endless.”

This is the kind of psychological concept that deserves to be channelled into a felicitous indie-pop song, which is rife with the personal, the intimate, and the galvanising, the celebratory, all making for a well-balanced soundtrack, as it transmutes once again into quite a universal form.

As Holly has said: “I guess you could say this inspiration comes from my close friends and family and how complex human interactions/emotions can make me feel.”

Taken from her forthcoming EP, Holly Wild’s No Limits is disarmingly effective.

You can hear No Limits now via Spotify and YouTube.