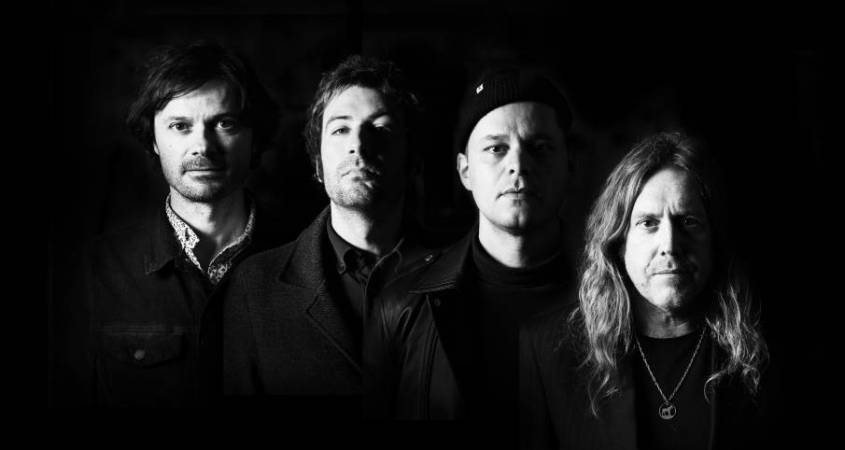 [See end of article for ticket and rescheduling info]

Australian Rock Collective are back with another ‘Beatles installment after two sold out circuits of Abbey Road – Live. This time around they’ll be celebrating the final ‘Beatles album; Let It Be.

Here’s a brief bit of background for you. While recorded predominantly before Abbey Road, Let It Be was released in May 1970, almost a month after The Beatles had broken up. As with Abbey Road, this was an album The Beatles never fully got to celebrate and tour themselves. So ARC are here to do just that.

To refresh your memory, Australian Rock Collective is made up of Kram of Spiderbait, Darren Middleton of Powderfinger, Davey Lane of You Am I, and Mark Wilson of Jet, and as with their last circuit, they’ll be joined on stage by a bunch of other lovely guest musicians to help them bring Let It Be to life.

I don’t know how many of you reading made it to the Abbey Road tour, but even as someone that’s not a hardcore ‘Beatles fan, I thoroughly enjoyed the experience. The show had so much soul and love and care put into it. You could tell everyone on that stage had such a pure admiration for the band they were paying tribute to; every one of them shaped by those albums and songs they grew up with.

My personal favourite performance from that night would certainly be Kram singing I Want You (She’s So Heavy). That final build of the drums rumbling towards the song’s conclusion was felt in every cell. I do believe my sister and I looked at each other with tears in our eyes at the end of it and just said “Wow”. It was a dopamine roller coaster.

Speaking of the Spiderbait drummer, I got to have a chat with the wise and charming Kram about the Let It Be tour and the ARC’s motivations for hitting the road once again.

So, with Abbey Road done to great success, what was the purpose of doing another album when the first tour seemed perfect, and was such a well rounded project?  Well, Kram and the others don’t think you can really do this album without the other.

“And then they regrouped and made Abbey Road, even though that record came out earlier, so we wanted to explore both sides of the repertoire and also capture the experience. Let It Be is such a different album; it’s so much rawer and simpler in some ways, but there’s more space. Although we’re approaching it in a different way, the personality is the same.”

I interviewed Davey Lane last time the ARC came to town, and after hearing how The Beatles had shaped him, I wanted to hear Kram’s relationship with the music; what it did to him as a musician and how he thinks they influenced music in general.

“I think all four of us, as well as so many other music lovers and artists all over, are just so into this band,” he says. “Davey always says that he worships at the altar of The Beatles, and that’s so true. You can have so much faith in that band and in their work, and he can really draw upon that, not just in his creativity but also as an unashamed fan. If we weren’t musicians ourselves, I think we still love the band just as much.

“My influence from The Beatles came at exactly the same time as the Sex Pistols, and those two bands have impacted me ever since; the third being Black Sabbath.

“So my orientation as an artist has been a combination of those three groups,” Kram continues. “Janet (English) gave me a tape of The Beatles and my school councillor gave me a tape of the Sex Pistols when I was in year 10, saying ‘Hey you should listen to this’. He was a cool cat, a pot-smoking basketballer,” he laughs.  “I’d never heard anyone like Johnny Rotten, and I thought, ‘Oh! You can sing like that, and it sounds sick?!’ You don’t have to be amazing, like a diva or anything.

Even if you’re not a huge ‘Beatles fan, you can still appreciate how albums like Let it Be and Abbey Road have changed music in terms of songwriting. Kram says it also shaped the way bands developed personalities, both individually and as a collective.

“I went and saw You Am I playing at a club in Brisbane the other night; we’ve been playing with those guys at festivals for years,” he says. “But I haven’t seen them up close like that for such a long time.

“Watching them, it really occurred to me that every personality on stage is just as important as the music being played. With The Beatles, each member is a personality, and such likeable characters. There’s something very relatable about the members. Even if those songs were the same, it would be a different experience if it were a different band that had put them together. It’s about the relationships with these individuals during these projects that I’m interested in as much as the songs and the music.

“It’s the same with people in real life that we hang out with. People can be so interesting to us for so many different reasons. Bands are basically an extension of a friendship.That’s no exception with Spiderbait. We wouldn’t be the band that we are unless we really cared for each other and wanted to hang out together. The Beatles were one of the first bands to do that. Before, there would be the star, and then the band behind them. The Beatles said, there’s no one individual in this band, it’s a group and it has a name.”

Being such an iconic group, how does one approach such a project? Kram’s advice: give it love and do it your way.

“My point of view for a show like this is the same as any show I would do. It has to have an element of myself in it. Last time around when we played Helter Skelter, I mean, that’s about as Spiderbait as it gets,” he laughs. “I really had to restrain myself so I wasn’t smashing up the drum kit at the end.

“But in other songs, you can tap into a performance side of you that people might not have really seen before, and that’s what I like about projects like this. Even if I’m doing a ballad, you can still get that punk vibe coming through. Once a punk, always a punk.”

When ARC last came to town, there was one older gentlemen in the crowd that felt the need to scream, “You better not stuff this up!” before the group performed what I assume was his favourite track on the album. To be fair to that guy, it’s a sacred thing to so many that you’re taking on, so I was curious as to how many people have been negatively critical towards the guys for handling a project like this.

“That’s the thing, we haven’t really had anyone,” Kram chirps. “Janet and our manager Fiona were in the audience at one of our shows surrounded by some hardcore ‘Beatles fans, and everyone was just loving it. We have no preconception that anyone can do it better than The Beatles, that would be ridiculous. But it’s done from a place of love and celebration of the music.

“I was jamming Dig A Pony this week and just thinking, this is sick, this is absolutely sick, there’s some of my favourite drumming in this song. I mean, Ringo has always been such an inspiration to me and he is always about being inside the song, and that’s what I concentrate on.”

Due to all the recent Covid nonsense, this show has been reschedule from July to September. If you’re wanting to catch Australian Rock Collective dishing out another batch of ‘Beatles magic, they’ll be playing at Canberra Theatre Centre on Sunday, 19 September. Tickets – $81.85 – $176.15 + bf via the venue.

All tickets purchased for the original date remain valid for the rescheduled date without need for exchange.

Ticket-holders unable to attend the new date can obtain a refund from their point of purchase but must submit a request before 5pm, Monday 20 September.

Live Nation apologise for any inconvenience resulting from this change of arrangements. The safety of patrons, performers and crew is of the utmost importance to us and we hope you are remaining safe. We thank you for your understanding and continued support of live entertainment in these unprecedented times.

For any further ticket enquiries, please contact your point of purchase.