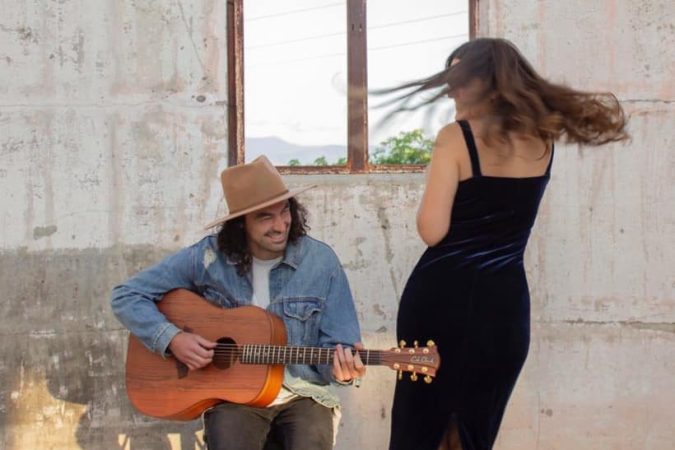 As the band states:

“This one is named after an endangered mountain flower in the Stirling Range (WA), which was severely impacted by the 2019-20 bushfires. The song reflects our disillusionment with the response to the bushfires and the current biodiversity crisis.”

Of course, any eco-protest song is welcome, and the more, the merrier, or the more of them, perhaps the more enlightened some of us might become. And this track is a fine addition to the no doubt burgeoning genre.

A study in quiet dissent, Yellow Mountain Bell features a combination of soothing textures, eddies of synth pad lines, hovering guitar layers, and silken vocals placed over an unvarying light and steady groove, with an added percussive element that seems to help maintain the track’s vitality.

Obviously, a balance between the conceptual and the musical was uppermost in the minds of Ash and Josh, and this appears to have been partly solved by these rhythmic elements. Many of the band’s previous aesthetic tendencies are present here, a lo-fi dreaminess, a cathartic sounding ethereality.

The attempt at seduction is measured and well-crafted and so impressionistic as to seem languid. But all in a rewarding way; this enervation becomes the track’s strong suit, as it gently assuages, sneakily working its subtle elegance on you as an impressive artistic work might do.

Yellow Mountain Bell contains its fair share of melodic inventiveness, too, the kind which leaves you unprepared and unsuspecting, for its lissom tentacles do wrap themselves around you, long after the song first drifts into your consciousness.