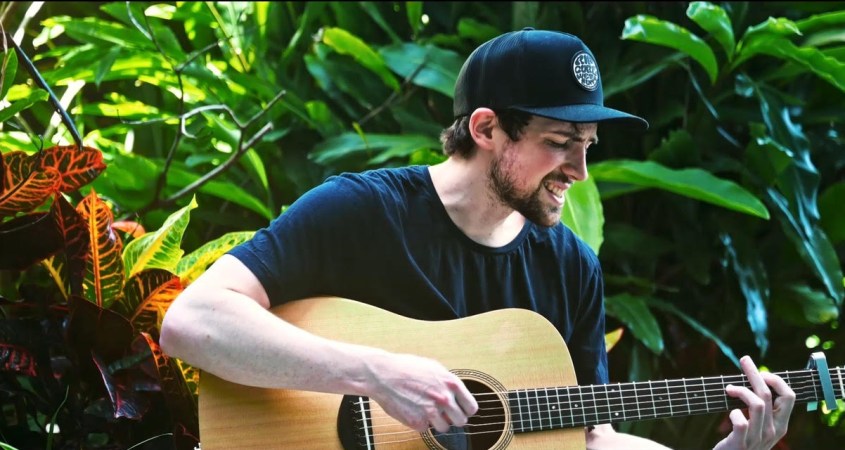 Australian indie-pop singer-songwriter Joey Paul has been releasing singles since 2019. His new one, Wild Heart, a modern pop tune in the vein of Jack Johnson and Passenger, ought to expose him to a broad audience and appease his current followers.

The new track is a love song or, to be more precise, a new love, love song. As the emerging musician has said: “I have a soft spot for writing songs about love and discovering its presence in people and in life.”

This soft spot has unapologetically given life to a song that is, indeed, about love and those idealised moments of its discovery.

“When I was writing the song, I wanted to give people the feeling of when you are on a first date,” Joey reveals, “and you don’t know what the future will bring. Full of uncertainty with so many possibilities.”

First dates can sometimes be less fun filled than one has imagined, but the scene is perfectly, symmetrically laid out on Wild Heart. A sense of discernible wonder does seem to imbue the track, whether it’s the vulnerable characteristics of the vocals or the overall jovial nature of the rhythmic attributes.

However, its optimism is not restricted to the straightforward narrative and the vaguely whimsical sonic treatment but has undoubtedly initiated the melodic choices. And let’s not discount all that pure romantic escapism embodied in that title, its fleeting, conjuring overtones that immediately bring to mind wide-eyed innocents, falling headlong into that intoxicating slipstream.

As Joey says about his songwriting: :”I’m always full of song ideas and love nothing more than to share them with as many people as possible.”

Wild Heart is a self-assured example of contemporary folk-pop, one whose casual air and unreserved enthusiasm should attract a sizeable audience.