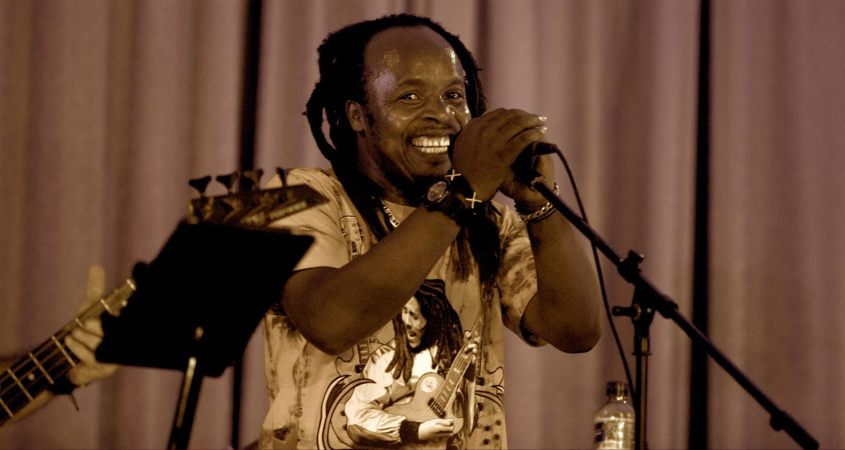 Ras Banamungu and The Det-n-ators International have just released a new album, Revelation of Oneness. The band, fronted by Idi (Ras) Banamungu, the West Australian based vocalist, songwriter, percussionist, and professional laughter therapist, is renowned for exploring several musical styles.

In that respect, Revelation of Oneness does not disappoint.

This latest collection follows a series of singles including Smiling Face of Australia, My Sunshine, and the title track. The album also acts as Ras’s music teaching package, which offers a musical and syllable sound association system capable of bringing relief to stressful situations, with Ras stating: “This new album will be of significant interest to musicians and musical people, both professional and amateur.”

The album utilises roots music, blues, Afrobeat genres and, curiously, laugh therapy. After all, as the cliché reminds us, laughter is the best medicine.

Or is that cure?

Whatever its trick, Revelation of Oneness attempts to harness some of this power, most notably during the fifth track, not surprisingly titled Laughter and Laughter Therapy.

Ras calls the album: “An invitation to all the musical community to discover a deeper connection with one’s emotions, and bring together individuals, whilst on their separate journeys, together into a shared place of happiness and healing, whilst enjoying a new perspective of their present lives in style.”

Whether it’s the band’s previous releases or the more recent additions to their set, the new album is awash with assured musicianship, intuitive production values, and an energy that will undoubtedly appeal to its growing league of listeners.