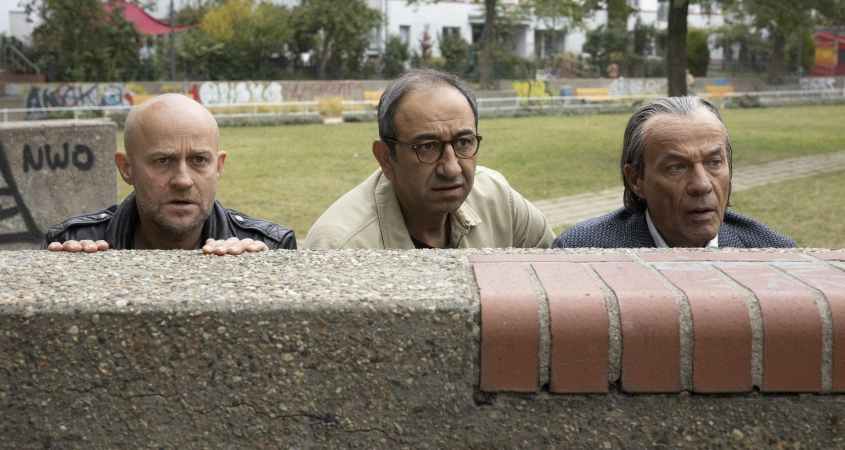 It’s for Your Own Good follows a familiar comic theme of fathers seeing their teenage daughters’ boyfriends as worryingly unsuitable and setting out to see them off.  In this case, the fathers are brothers-in-law Arthur (Heiner Lauterbach), Yussuf (Hilmi Sözer), and Kalle (Jürgen Vogel).  Arthur’s daughter, Antonia (Janina Uhse), has left her fiancé at the alter in favour of a socialist squatter with a police record; Yussuf’s daughter, Sophie (Lara Aylin Winkler), is skipping school to spend time with her marijuana-selling boyfriend, Andi (Junis Marlon); and Kalle’s daughter, Luna (Lisa-Marie Koroll), has found a boyfriend in Pierre (Andreas Pietschmann), who not only is the same age as her father — and in fact went to school with him — but shoots and exhibits nude photographs of young women.

Emulating in surprisingly fine detail the Spanish movie by the same name (Es por tu bien), It’s for Your Own Good is fine comic fare.  Even if the fathers’ relationships with their families and one another lack some of the conviction of the Spanish original’s fathers, their antics are equally outrageous and, like the original, deliver a lot of laughs.

A tickling entertainment, It’s for Your Own Good offers something for everybody from mid teens up.