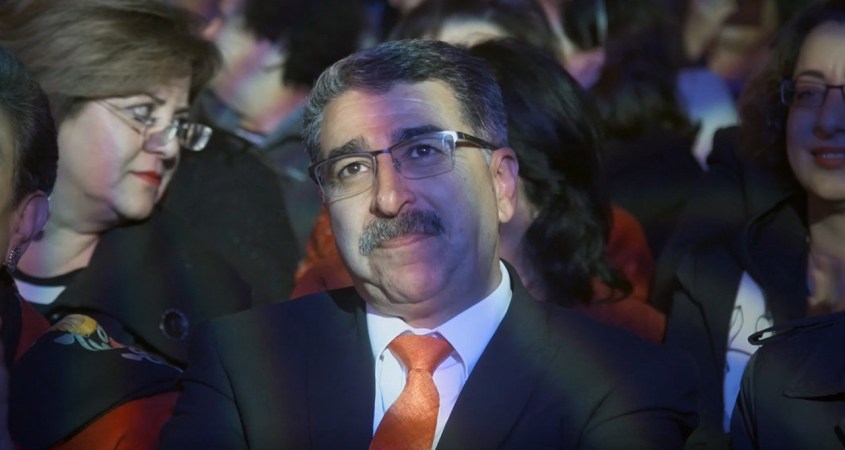 Deciding to look at life in Palestine from the perspective of a Palestinian mayor caring for his city, David Osit followed Musa Hadid, Mayor of the city of Ramallah, for almost two years.  Filming begins at the start of Mayor Hadid’s second term in office, when the Mayor meets with his staff to discuss refinement of the city’s branding.  This is our introduction to a man as concerned with ensuring that Christmas celebrations go without a hitch, with whether a netball court should have a canopy, and with the importance to the city’s soul of a beautiful fountain as a source of joy as he is with the constraints that Israeli occupation of Palestine imposes and with the repercussions of then U.S. President Trump’s decision to move the United States Embassy in Israel from Tel Aviv to Jerusalem.

In a seemingly intractable situation, Mayor Hadid, though sometimes evidently tired, himself remains unrelentingly compassionate, caring, graceful, and dignified.  He exudes the kind of patience and wisdom one would expect from someone who has lived for centuries through everything life can throw at him.  Whether facing violent skirmishes threatening the building he is in, or a meeting with international delegates who suggest negotiations with Israel that would forgo Palestinian dignity, or attending a primary school to see the staff’s demonstrations of ill-fitting doors, he remains utterly present and responsive.  Understanding that individuals’ everyday lives are as important as international politics, Mayor Hadid exhibits a seemingly inexhaustible resilience.

Mayor gave me the sense that woven into the complex tapestry that is Palestine is a richness more profound than its variety of religious or political views, deeper than its people’s shared history.  The film also made abundantly apparent that, as often as that fabric is cut, the Palestinian people sew it back up.

With a beautiful soundtrack, some of which David Osit composed; impressive cinematography, especially considering that the entire film was shot by Osit alone; and thoughtful editing, Mayor will leave you with a sense that for as long as Ramallah has community and dignity, it will retain resilience and hope.

For its 2021 season, Stronger Than Fiction is screening a film every month.  Its next film, Set!, will screen at the Canberra Centre’s Dendy cinema on Sunday 4 July at 2:00 pm.