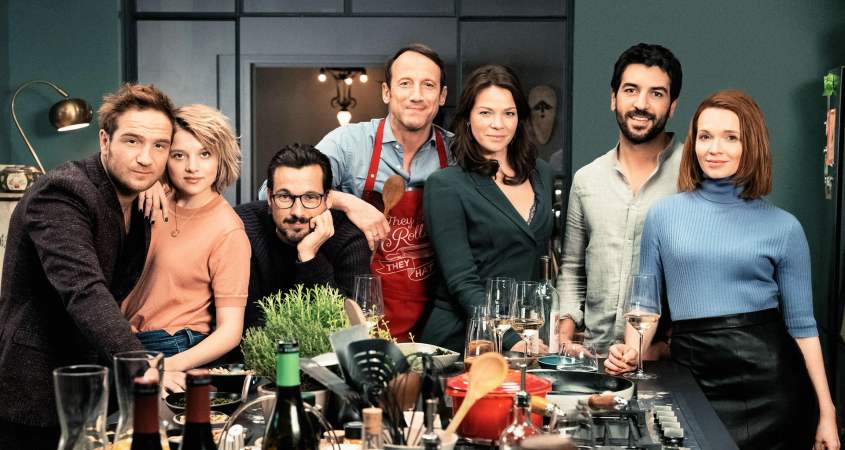 Four men in their late 40s who’ve been friends since childhood meet for dinner, three with their wives or partners, in what appears to be a regular arrangement. The fourth friend arrives without his newly acquired girlfriend, Anna.

Fairly early, the issue of honesty in relationships arises in the context of examining someone else’s mobile phone without permission.  This leads to proposal of a game: all seven phones to be left on the table, every message and phone call to be shared by everyone.  Not everyone is keen to participate, but all are more-or-less shamed into it.

It’s evident that the reluctance of some arises from understandable concerns over what might be revealed. Yet even those who see no harm coming their own way may not be so comfortable by the end of the evening.

A salutary lesson in watching what you say to whom, and in how well we really know those with whom we supposedly share the most intimate and exclusive relationships, to say nothing of hidden prejudices and falseness in friendships, The Perfect Secret makes engrossing viewing.

Largely set in the impressive home of one of the financially and professionally successful couples on the night of a blood moon, The Perfect Secret is a well-crafted piece of cinema featuring a stellar cast: Wotan Wilke Möhring (as Rocco), Jessica Schwarz (Eva), Elyas M’Barek (Leo), Karoline Herfurth (Carlotta), Frederick Lau (Simon), Jella Haase (Bianca), and Florian David Fitz (Pepe).  Each couple is so well matched, portraying its relationship so realistically, that it’s hard to believe that they aren’t all actually couples.

This is a film worth catching; if you do see it, be sure to stay until the end of the credits for the outtakes.