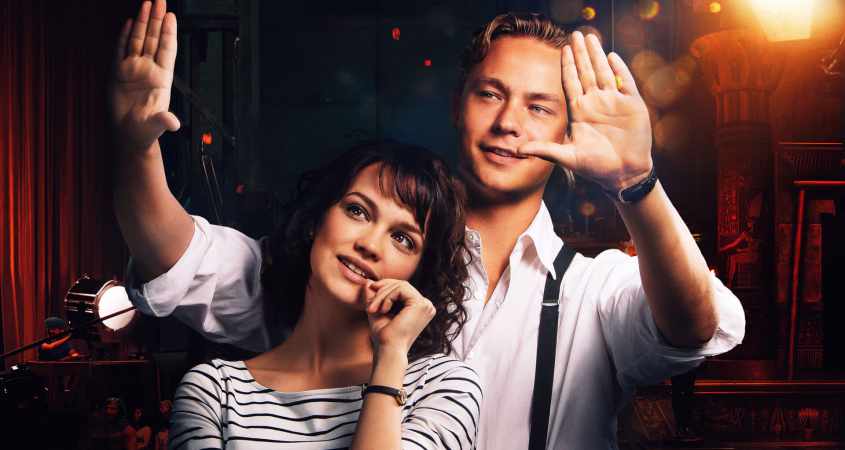 When a young boy’s heart is broken, his grandfather helps him to see that true love is worth fighting for by telling him the story of a man he once knew — and in this way we meet Emil (Dennis Mojen), who in 1961 leaves the army to find work at a major German feature-film studio where his brother, Alex (Ken Duken), is head of props. It is here that Emil meets and falls in love with Milou (Emilia Schüle), the dance double for famous actress Beatrice Morée (Allenie Salvo González). Unfortunately Emil inadvertently makes an intractable enemy of the studio head, Director-General Beck (Heiner Lauterbach), who warns him off the studio premises.

Determined not to lose Milou, Emil refuses to leave the studio premises, instead hiding and meeting Milou in secret. Things appear to be going their way, with Emil due to woo Milou with a surprise on the morning of when suddenly Berlin becomes two cities, leaving Emil in the East and Milou in the West. Emil seems fated to lose Milou. But, with the help of happenstance, he devises an ambitious plan to bring them back together.  But to pull off his plan he’ll need a lot of help, including from his reluctant brother, and he’ll have to stay out of the way of Director-General Beck.

Mojen and Schüle as Emil and Milou make the perfect star-crossed lovers, and the combination of spontaneity and ingenuity that they evoke in each other would tickle anybody’s creative ribs.  As well, the choreography of motion throughout matches the cast’s impeccable delivery of a script that translates beautifully even in sub-titles.  Filled with grand studio sets, a deeply engaging love story, inspired improvisation, and joyful comedy, Dream Factory is one movie you must see for its sumptuous visuals, for its loveable characters and heartfelt acting, and for a storyline that will find a place in your heart.