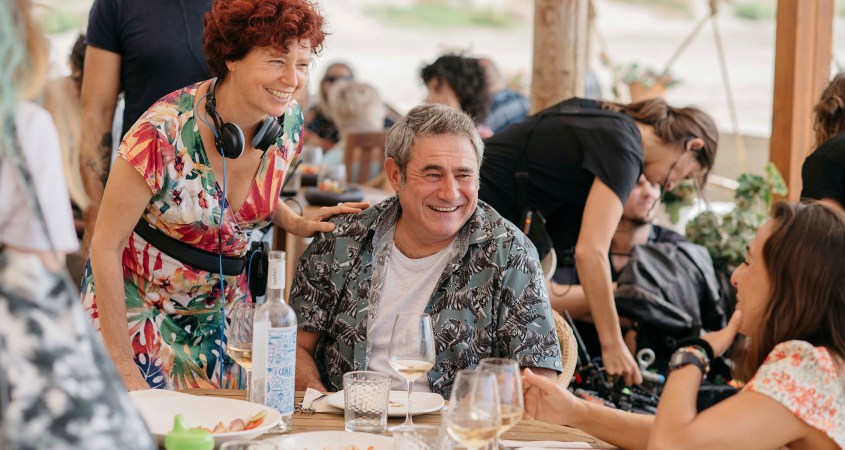 Rosa (Candela Peña), a dress designer like her mother before her, is the mainstay of her family. Her grown daughter, Lidia (Paula Usero), barely coping with her twin babies; her over-ambitious brother, Armando (Sergi López); her sister, Violeta (Nathalie Poza), whose alcohol consumption has her life spinning out of control; her father, Antonio (Ramón Barea), who announces he is moving in with Rosa; and even her neighbour call on her at various times and on short notice to help, to stand in, to look after things. Her employer, a film-production company, similarly expects her to stay back late and to take costumes home to wash.

With all this, Rosa has reached her forties with her own dreams still on hold. It seems that others’ overlapping crises will keep her solving their problems instead of doing anything for herself.

Finally inspired to commit herself to fulfilling her own most important dreams — which revolve around starting her own dressmaking business, reopening her mother’s dress workshop, and selling dresses via the Web — Rosa decides to hold a marriage ceremony in which she commits herself to herself, inviting her family to her wedding so that they will stop, listen, and hear her out. But, used to having their own way, every one of them fails to listen to her invitation for long enough to understand — so her entire family, misinterpreting her intention and its meaning for their relationships, creates mayhem. The person she doesn’t get around to telling about her forthcoming nuptials is her boyfriend, Rafa (Xavo Giménez).

With heartfelt performances by Peña and Usero; great acting all round; and relationships continually upset by jumping to conclusions and acting in haste, Rosa’s Wedding offers a lesson in the value of letting others live their lives, through an increasingly wild roller-coaster ride full of laughs.  This is one fun family disaster.