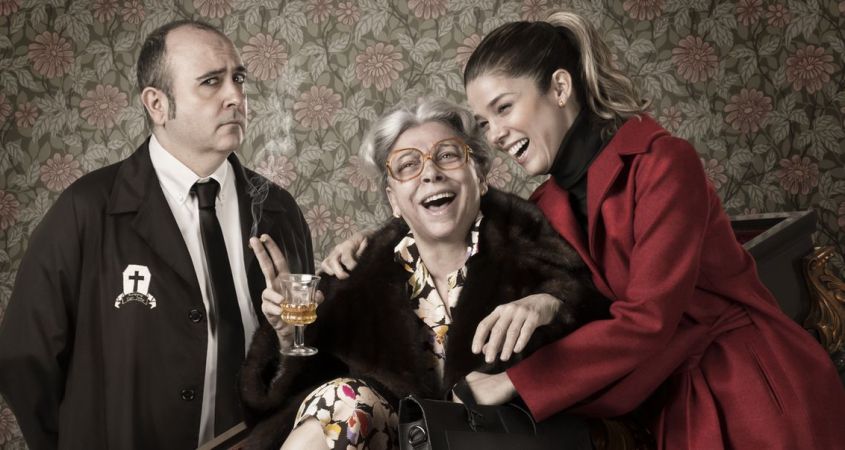 Sharp businesswoman Sara (Juana Acosta) buys a flat at a bargain price, due to a certain “inconvenience”: she can’t take possession of it until its owner, Lola (Kiti Mánver), dies.  But for Sara it’s worth the wait, as Lola isn’t expected to be an “inconvenience” for too long, being 80-years-old and an inveterate smoker and drinker with a heart condition.

Despite initial appearances, One Careful Owner turns out to be a heartwarmer.  This setup for anything from crime to mystery actually paves the way for a cross of drama and comedy: Lola and Sara find their way to an unusual friendship as they come to recognise each other’s well-hidden humanity.  Sara may be hard-headed, but she shows her stripes early when she won’t tolerate dehumanisation of Lola; and Lola, herself a survivor of heartache, sympathises with Sara’s present difficulties.  As they gradually share their lives and memories, each hopes to help the other overcome the deepest pains of romantic love.

Added to the mix is the character mediating the real-estate deal, Óscar (Carlos Areces), who provides the perfect foil for Sara and Lola.

Acosta nicely balances insurance manager Sara’s hard nose with touches of genuine compassion and warmth; Mánver makes of Lola a character likeable for her rough-cut wisdom, her concern for Sara, and her courage; and Areces plays the bumbling semi-competent jack-of-all-trades to perfection.  Together, these three characters produce a cocktail of surprises that you’ll remember with a smile.