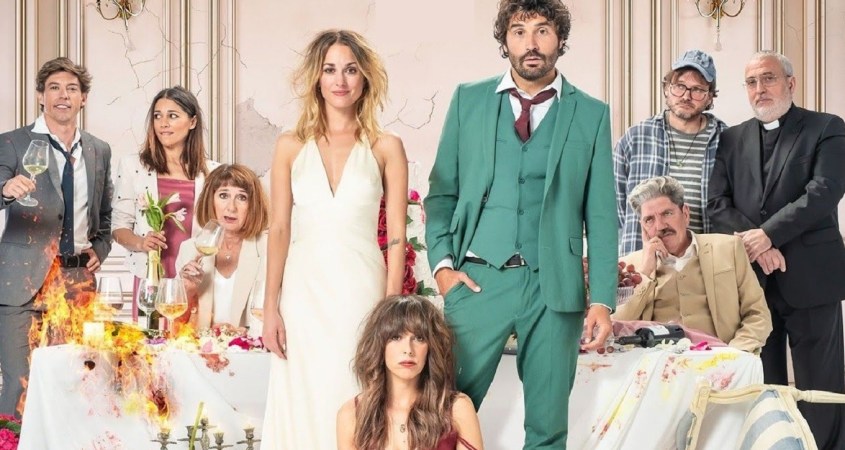 Though well intended, development planner Carlos (Álex García) has a weak will, resulting both in a drunken affair with a habitually promiscuous wedding planner, Marina (Belén Cuesta), and in failure to come clean over the affair with his girlfriend, Alexia (Silvia Alonso).

To make things more awkward, when Alexia discovers a wedding planner’s business card in Carlos’s pocket, Carlos hides its significance by proposing to her — and the wedding planner Carlos now must use, Marina, turns out to be somebody Alexia bullied all through school.

Complicating matters further, Marina, who had intended to keep the affair with Carlos to a one-night stand, feels different after meeting Alexia.  She begins taking her opportunities to sabotage the wedding.  Carlos, findings his feelings toward Alexia and Marina changing, is being pushed by his best friend, Ben (Adrián Lastra), to stick with Alexia, but not for the most heartfelt reasons.

Carlos’s and Marina’s behaviour in this setup may make them less sympathetic as the story’s co-protagonists, but it does open the way for solid comic performances throughout. In combination with some genuine mistakes, the many unexpected salvos that Marina fires at the wedding plans, and the relentless pressure on Carlos by Ben to stay in the good books of Alexia’s father, Arturo (Antonio Dechent), make The Wedding Unplanner a genuinely funny disaster movie.