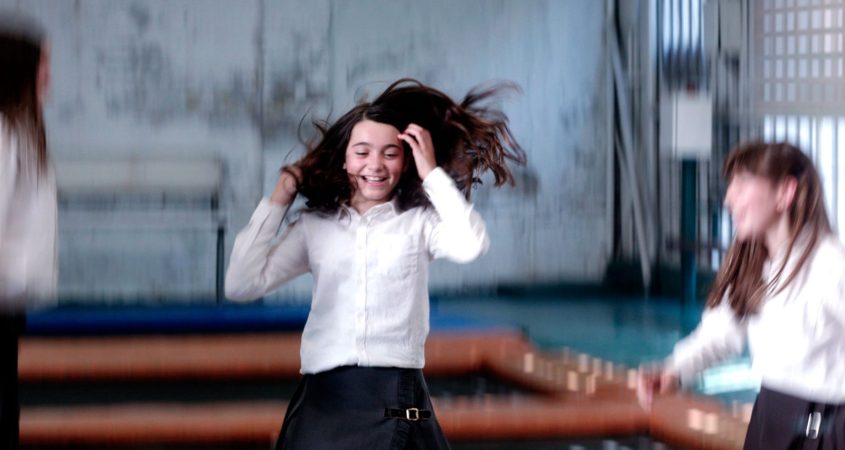 Schoolgirls uses a focus on the day-to-day life in the early 1990s of 11-year-old Celia (Andrea Fandos), a student in a Catholic Spanish high school run by nuns, to highlight societal and cultural pressures on a young girl, particularly a girl caught between the values of a culture prizing egoism, consumption, and overt sexuality and the values of a society built upon and guarding community, modesty, and religious conformity — with little power to evade the demands of either one.

Celia is also somewhat excluded from her peers through their rumoured characterisation of her mother as a whore (effectively, merely a single mother) because Celia’s father died before Celia’s birth. Upon meeting Brisa (Zóe Arnao), the new girl in the class, Celia finds herself breaking with conventions, both her friends’ and society’s, in a bid to understand her place and what happened to her father. And learning something of her father, though it’s hardly shocking, untangles some of her internal constrictions and enables her to begin breaking free.

Our sympathy for the most powerless members of conservative Spanish society at the time is enhanced by the intimacy with which the camera captures the girls’ mannerisms, helping us feel the pains of shyness and the need to belong, the larger forces at work on their psyches, and their inner, and hidden, sense of who they really are.