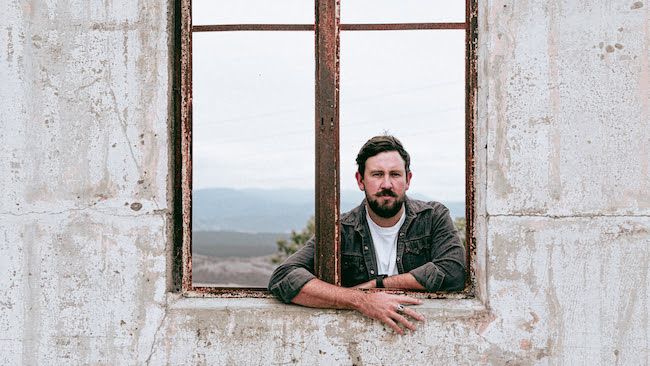 With an average of two hundred shows a year, Jack Biilmann has shared the stage with some of the country’s biggest artists, including Tash Sultana, Ian Moss, Sarah McLeod (The Superjesus), Mat McHugh (The Beautiful Girls), Jay Whalley (Frenzal Rhomb), Bootleg Rascal, and Kim Churchill, as well as performing as part of the ACT’s showcase at BIGSOUND, Australia’s national music industry conference.

This gig tally is reflected in the robust and assured performances on the new album.

Aside from the seasoned playing and authoritative vocal performance, this collection simmers with a combination of raw emotional energy and swirling dark hues.

However, there are a few more relatively wistful moments, such as in Grandfather’s Hands (Don’t Wash Away) and Sunday Morning. The tracks form a cohesive whole due to Biillmann’s persuasive and pliant vocals, as they dip from muscular roars, heard in the opener Mirror, to the imperfect vulnerability revealed in Plastic Roses.

Amid the narratives that reach for the personal and a wider circumference, as in Society, there is a liberality of styles, absorbing blues-based nuances, folk-aligned aesthetics with a guitar-driven rock core, all resonating with considerable ease and confidence, not to mention power and control. There are tides of swampy country doused moods, presenting a distinctive amalgamation when juxtaposed with the styles mentioned above. Full Circle is a testament to Biillmann’s twin-engine prowess with the added inducement of some refined, adept songwriting.

The album delivers what its aural landscape promises without acceding to predictability, presenting several strong hooks—SOS, Mirror—nestled within the vigorous and rough-hewn soundscape. And like all enduring records, this marriage can distinguish the paradigmatic from the fleeting.

There is a sense that Full Circle will ultimately be viewed through the lens of the former denomination.