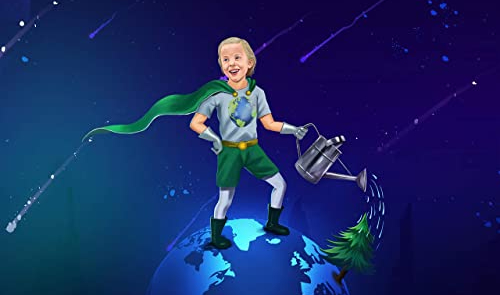 Following the extraordinary success of their last single, Dig Me, international electronic music production team Platinum Parade is back with a new single, Another World. The new track is another dazzling dance-pop tune with instant hooks, an irresistible groove, and another exploration of a significant theme.

This time the team has taken on one of the biggest challenges there is—climate change.

Based in Melbourne, Mark, co-founder of Platinum Parade, songwriter, and co-producer, met fellow co-founder Andry at a music school in Box Hill. He is passionate about creating songs with a deeper purpose, seeking to raise important issues whilst creating hope and inspiring listeners. Mark previously worked as a DJ and master of ceremonies for 15 years, and this experience has informed some of his work with Platinum Parade.

Mark speaks some Bahasa and, together with Andry, a native speaker, release songs in English and Bahasa Indonesian. Andry is a successful music producer from Indonesia who has produced many charting hits in Asia and runs a music production facility, Studio 8. Andry is a highly sought after mixing and mastering engineer and talented arranger.

These bonafides lead to Platinum Parade’s new song revealing an ability to utilise the uplifting feelings of dance and blend it with a crazily catchy melodic pop centre—a feature that only reinforces the lyrical concept. Another World’s executive producer is Grammy-nominated Norwegian luminary, Mood Melodies, whose other projects include Faded, Alone, All Falls Down by Alan Walker, plus Stay by Zedd and Alessia Cara.

With vocals from Swedish singer Ana Roze, Another World explores a weighty subject matter with an acute pop sensibility. The track is another floor-shaking earworm—just like the many other Platinum Parade tunes. Filmed in Australia by Tim Hehir (Video Cowboys), Another World’s music video stars youthful superhero Ryan Wainwright whose goal is to help save planet Earth and rally support for climate action.

Another World’s video has already attracted over 1.1 million YouTube hits as Platinum Parade continues with its ethos of creating joyful, exciting music combined with a powerful resonating message.