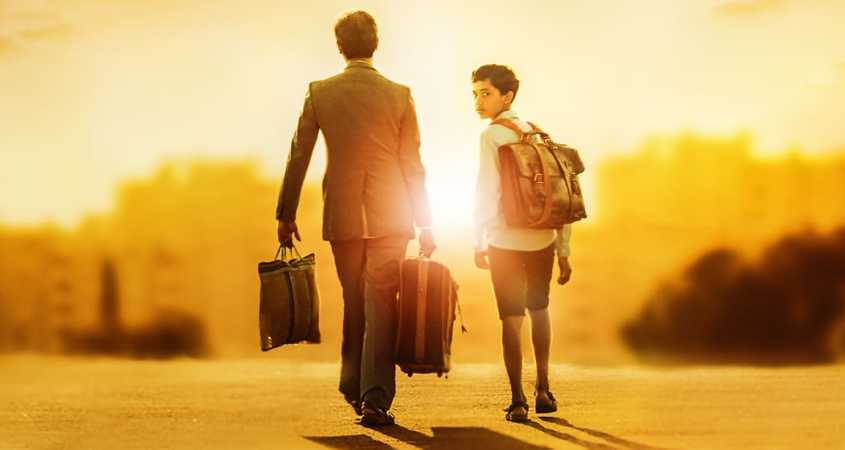 Fahim is based on the the real-life story of Fahim Mohammad, a young Bangladeshi with chess talent who, in 2012, became the national chess champion of France in the under-12 category.

In Fahim, the young Fahim (Assad Ahmed), a talented chess player, is excited by the news that he is to travel with his father, Nura (Mizanur Rahaman), to France to meet a chess grandmaster.  Their journey is hazardous, requiring an illegal crossing into India and a shaky journey from there.  But Nura’s true aim, kept hidden from Fahim, is to seek asylum for his son and the rest of his family, who he hopes to have him join him should asylum be granted.

When Fahim joins a group of young chess players coached by Sylvain Charpentier (Gérard Depardieu), he is angry and hurt to discover that he is less the star he had thought himself, and that he still has much to learn.  But he rises to the challenges, applying himself both at school and at chess club while his father does all he can to keep their bodies and souls together while awaiting the outcome of his application for asylum. But their fortunes look increasingly bleak.

Behind Fahim’s twin overt tales of the son’s maturation and of the father’s sacrifices for his wellbeing lie hints of the trials of the rest of their family — Fahim’s mother and siblings — waiting, in Bangladesh, with the endless patience of the powerless, for the next trickle of news of the outcomes of Nura’s and Fahim’s efforts.

Revealing a world of compassion, cooperation, generosity, and good will beneath the surface world of rules, limitations, and powers that be, Fahim serves less to provide motivation for the next aspiring chess champion than to exemplify the behaviour of members of a species able to make choices not only with intelligence and foresight but also with compassion and insight.