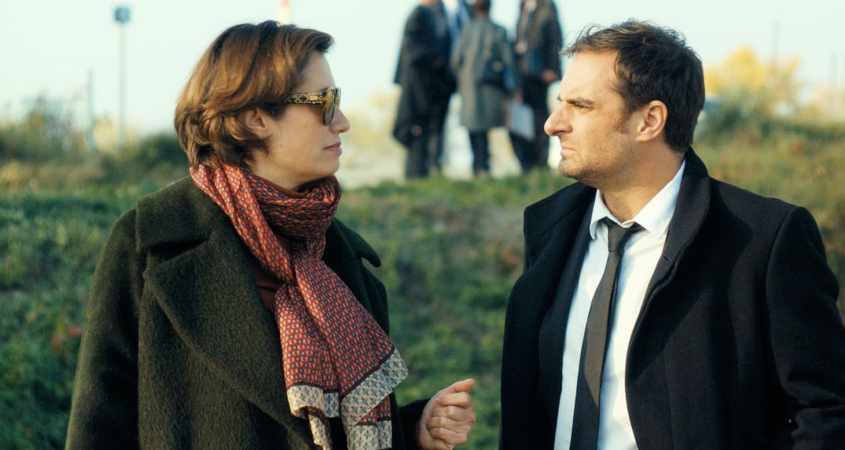 Guillaume (Grégory Montel), a somewhat maladjusted single father, has steady casual work as a chauffeur for hire. He needs to keep his job in order to move into accommodation that will permit him to share week-about care of his daughter, Léa (Zelie Rixhon). But his employment is under threat until he is hired to drive a woman, Anne Walberg (Emmanuelle Devos), for a distant job doing the strangest thing: sniffing.

Anne, an unsurpassed professional “nose” in the world of perfume who has been blackballed over a serious misjudgement, has high expectations of a chauffeur, instructing Guillaume to perform tasks that are no part of a chauffeur’s duties. At the job’s conclusion, Guillaume forcibly expresses his dissatisfaction at her rudeness before driving away. So he is surprised to learn that Anne insists upon having him as her driver again. And again.

Anne discovers that, unknown even to him, Guillaume has surprising talent in her field. But what could become a positive relationship turns disastrous when circumstances conspire to force Guillaume to break the road rules yet again — losing him his driving work altogether.

This brave comedy doesn’t hesitate to show good characters both at their worst and at their politically unsound best. In Perfumes, director Grégory Magne, directing his own screenplay, has created the perfect blend: characters we come to care about, believable difficulties that threaten their welfare and their relationships with one another, and a sympathy for them that makes their misfortunes simultaneously heartfelt and entertainingly funny.

A gorgeous mix that will draw you in for its entirety, Perfumes is a movie to attend a second time even while memory remains fresh.

Support John P. Harvey on Patreon!
14% complete
When we reach $500 per month we will begin the official BMA Podcast. This will include interviews with some well-known musicians and artists, tips and tricks for publishing in print and online, as well as other discussion topics around Bands, Music and Arts in Canberra!