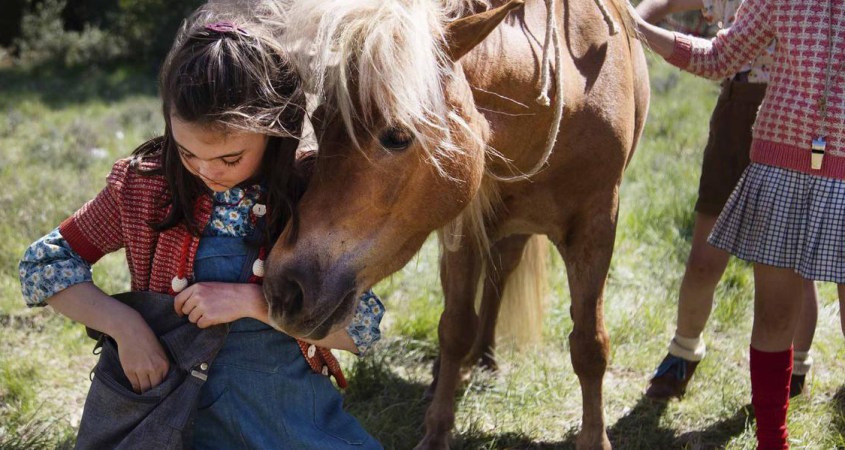 From Nicolas Vanier, director of the family favourites Belle & Sebastian and Spread Your Wings, comes another movie featuring empathic animal connections — this time, between provincial children and an abused circus pony.

Shortly after moving, with her mother, Louise (Julie Gayet), from Paris to Saint-Cyr-sous-Dourdan, and at a loose end over summer, Cécile (Elisa de Lambert) quietly visits the circus and its star performer, a pony named Poly. Seeing Poly’s treatment behind the scenes and overhearing his imminent fate motivate Cécile to rescue him — and, having the benefit of practical parents, she devises just how to do it.

Fortunately, a circus boy, Pablo (Orian Castano); and a local musician, Victor (François Cluzet), help in their quiet ways — but Cécile must also enlist the help of the local children, who have already proven difficult to win over.

Of course, a simple rescue is only the start of Cécile’s adventures once the circus owner, the evil Brancalou (François Cluzet), discovers who has taken Poly.

Mixing sublime villainy and comedy, this well-plotted adventure, filmed in scenic locations and filled with surprising acting talent, will excite and delight anybody with at least six or seven years of life experience and a sympathy for children and other sensitive creatures. Beyond its value as entertainment, Poly is one of those deep experiences that a child is likely to always remember, less for the dangers into which it plunges its characters than for the fellow feeling it imparts.

If you can catch it, you won’t regret it.