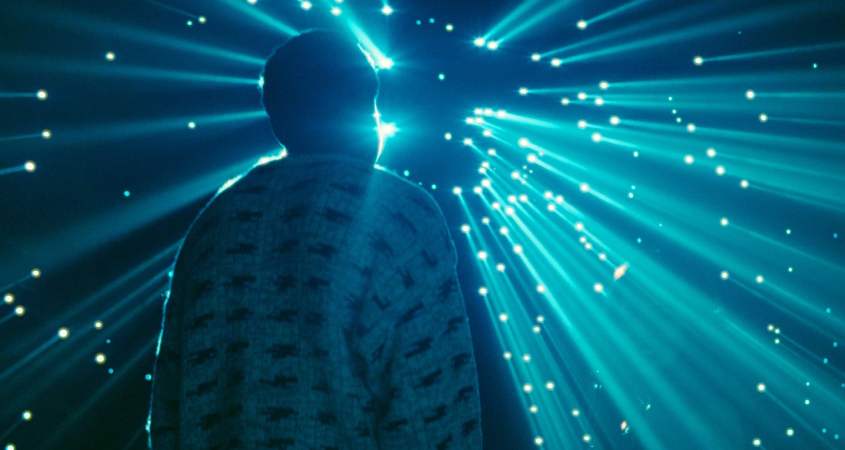 A housing complex, Cité Gagarine, built on the outskirts of Paris in the 1960s and named in honour of Soviet cosmonaut Yuri Gagarin, seems fated in 2018 to be condemned. But one of its life-long residents, 16-year-old Youri (Alséni Bathily), is determined to preserve his home, along with his dreams of becoming an astronaut, by doing what he can to restore and reanimate the environs.

Enlisting the help of his friends Houssam (Jamil McCraven) and Diana (Lyna Khoudri), Youri undertakes repairs and maintenance of the entire complex and simultaneously applies the lessons of life in confined capsules in outer space to redesign of his own flat, with astounding results.

One of the many remarkable aspects of Gagarine is how it manages to produce, with beautiful subtlety, visual and aural echoes of astronautical life in Youri’s terrestrial experiences. The drawing of such parallels could have become merely artistic indulgence; but in the hands of directors Fanny Liatard and Jérémy Trouilh (who both appear briefly in the film) and cinematographer Victor Seguin, the device serves exquisitely to jog the viewer’s consciousness of the wonders available to us from above and from below.

Filmed in and around the actual Cité Gagarine in the year or so leading up to its late-2019 demolition, and with acting input from the complex’s residents, Gagarine shows what changes a single individual such as Youri, using salvaged parts and harnessing his neighbours’ enthusiasm for human connection, might accomplish in his environment in the service of a worthy vision.

A film truly remarkable for its celebration of the power of visionary imagination and empathy to transcend the most mundane of circumstances, Gagarine amply repays close attention.