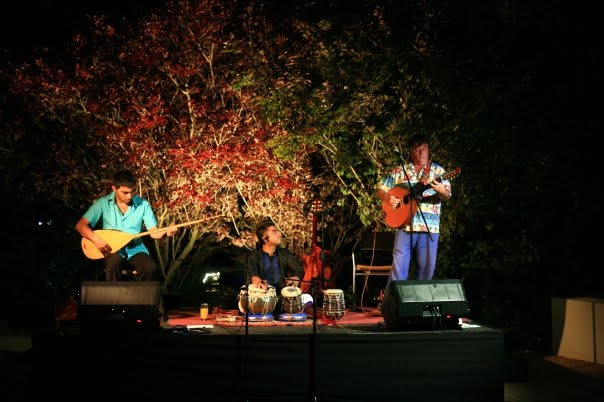 As songwriter Andy Gray says about the new track: “Double Island is a song about getting together with my beautiful wife many years ago. We were friends, and it turned into something much more. The words are all true. This song is quite a journey.”

It begins with a mandolin and acoustic guitar, setting the song’s rhythmic tone. Double Island’s various pleasures lie in the gentle and serene aspects, where each instrument effectively blends with another and Andy’s smooth vocal a skilful accompaniment.

The song’s melodic strength is also a feature, one the minimal production and instrumentation makes the most of.

There is a point towards the last third of the track where Andy’s vocal performances reflect the instruments’ expressive nature, particularly with Bhagta Singh’s use of the esraj.

Double Island will undoubtedly generate across the board support, with its subtle mix of light rhythms and evocative textures, paving the way for Yellow Monday’s vibrant and original style to achieve mainstream success. Double Island is enchanting and cleverly intoxicating and well worth a listen.