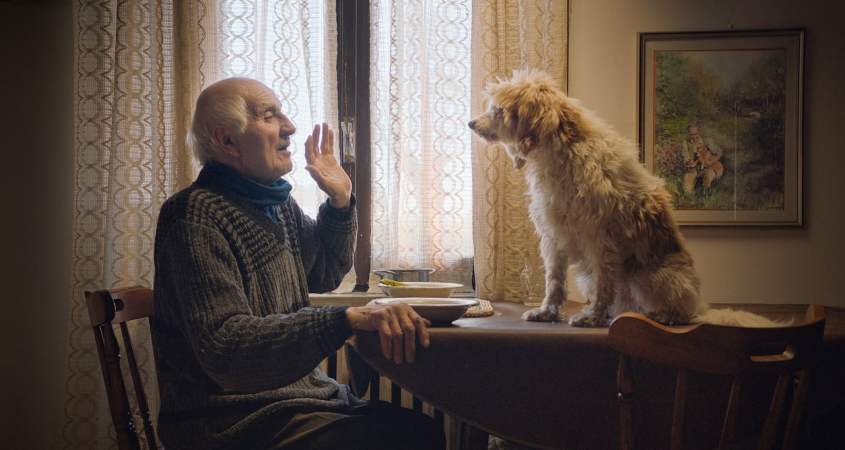 Deep in the Piemonte forests in northern Italy hides the highly prized fruiting body of a subterranean fungus: the Alba truffle. And also in these forests can be found secretive foragers and their dogs, hunting down the truffles during the few months of the year when they appear.

Four of the truffle hunters — 88-year-old Carlo, 84-year-old Aurelio, Sergio (the youngster in his 60s), and ex-forager Angelo — are the men of these forests that the documentary The Truffle Hunters focuses on.

Michael Dweck and Gregory Kershaw, the film’s directors and producers, take a different approach from most documentarians, using no introduction or explanatory dialogue, raising no questions, and leaving the insights the film holds up to the viewer to discern.

Much of the filming reveals a beautiful, quiet, ancient landscape along with people whose traditional ways of life appear part of an unchanged history in spite of the tumult wrought in their country over the past century. And then there are the dogs. You’d probably need a stone for a heart not to fall in love with them.

The Truffle Hunters sensitively reveals a place of immense scope and beauty, peopled by strangers you’d probably really like to know. Whilst guarding the men’s secrets as carefully as the men themselves do, Dweck and Kershaw offer us a rare glimpse into a strange and secret world. Joyful, amusing, sad, and truthful, The Truffle Hunters is a reflective, contemplative film, a cinematic triumph that stays long in the mind and heart.